Ransomware is a type of malware that locks a device or encrypts the content on the device and then blackmails the user into paying a ransom to gain access to their content again.

Therefore, in case of ransomware infection (and non-existent or non-functional backups), the company loses access to invoices and customers, for example.

This form of attack can temporarily interrupt the company's work or production process. Depending on the business or organization, the ransomware attack is likely to have consequences for its customers, which can eventually lead them to turn to a competitor.

According to ESET, companies often consider ransomware as their biggest security problem. However, this is not necessarily because ransomware attacks are more common than other forms of cyberattack, but because such attacks are often widely publicized. So even someone who has never experienced an ransomware attack can realize that this type of cyber attack is a serious threat.

Email remains the most common form of ransomware infection

While ransomware infection often starts with a click on a suspicious link or fake invoice, ESET has found that email remains the most common method of distribution in a two-step process, with a download program delivered first, followed by ransomware as secondary infection.

It is not clear whether successful ransomware attacks are due to the ability of the attackers or the negligence of employees. Some types of ransomware are highly sophisticated, while others are not. The risk of ransomware infection is one of the many reasons why companies should focus on training their employees in cybersecurity, so they know what links not to click and what to do if they have already done so. some security mistake.

Some companies spend hundreds of thousands or even millions of dollars on various advanced security solutions, but not a few thousand more on a well-trained staff responsible for developing and managing network security measures. Instead, companies often choose to acknowledge that there are security vulnerabilities and make this decision because they do not expect to be attacked by ransomware.

According to ESET, the basic rules you need to follow to avoid data loss are:

• Back up your data frequently and keep at least one full backup offline.
• Keep all your software - including operating systems - repaired and up to date.
However, holistic coverage should be the first goal of any comprehensive cyber security strategy. This starts with a reliable and multilevel endpoint protection solution, followed by ongoing maintenance and best security practices.

In 1989, the first ransomware attack was carried out with the… postman

The first documented case ransomware occurred in 1989. It was called the AIDS Trojan and spread through thousands of floppy disks sent by mail. These disks reported that they contained a database on AIDS and the risk factors associated with the disease.

In fact, the floppy disks contained malware, which disabled users' access to much of the contents of the hard disk. The AIDS Trojan demanded a ransom (or, as the message called it, "license payment"), $ 189, which was to be sent to a post office box in Panama. Responsible for this ransomware was considered Dr. Joseph Popp. 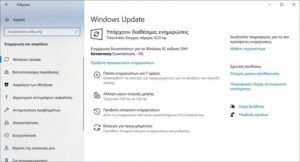 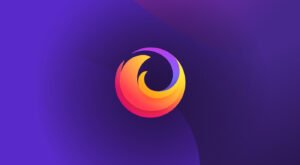