Start MS-DOS from a vinyl record

Quarantine seems to give generous time for experimentation. Like this computer engineer who ran MS-DOS from a vinyl record. 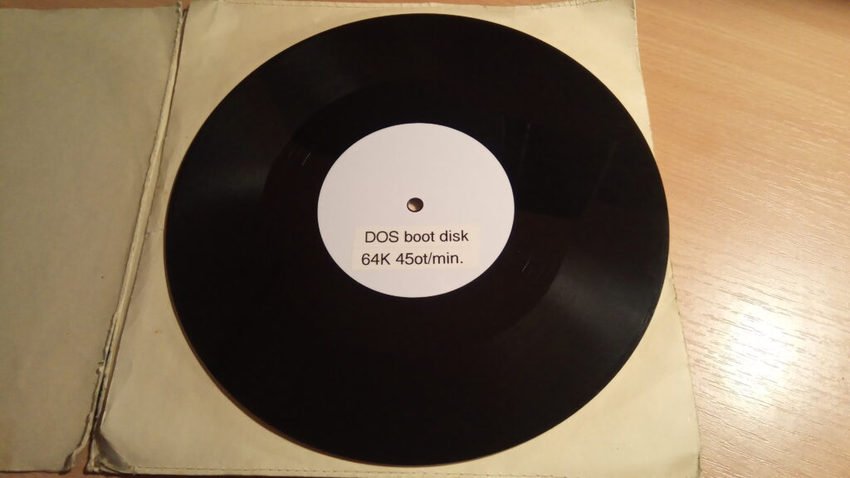 If you are old enough you will surely remember with nostalgia the days when you were uploading programs to Spectrum through a tape recorder. Audio from the beginning of computers was a medium of data transmission.

Slovak engineer Jozef Bogin in quarantine probably ended it. So what he did was start MS-DOS, but instead of using a traditional cassette, he decided to try a vinyl record.

In the video below you will see in detail all the steps, but we should warn you that it is recommended to turn down the volume of your speakers, as the sounds that are heard are piercing. Users of 80's machines certainly know.

As you can see, MS-DOS does not boot on a modern computer, but on a prototype IBM 5150. The audio loading process is really surprisingly fast as MS-DOS 6.22 is rather small in volume.

According to Bogin's website there is a small ROM boot loader on the computer that handles the computer's built-in "cassette interface" and invokes the BIOS if all other boot options fail, e.g. floppy disk and hard disk.

The turntable turns and reads an analog record of a small 64K RAM drive. Contains a FreeDOS kernel, modified by Bogin to reduce volume, a small variant of COMMAND.COM, and an update to INTERLNK, which allows you to transfer files over a printer cable, modified so that it can run on FreeDOS. The bootloader reads the image of the disc from the audio recording via the cassette modem, loads it into memory and starts the system on it.

While this may sound like rocket science to some, it is actually an experiment that could keep you busy in quarantine. Of course, there is no benefit other than having fun with the software and the satisfaction of getting it done.

If you want to try it at home, Bogin gives all the instructions through his website. Good luck!!

GoDaddy was attacked by the company
Next Post: Chrome 87 enable the hidden PDF reader