Amazing video with a drone from a volcano in Iceland

Watch this amazing video taken by a drone flying over an erupting volcano in Iceland. 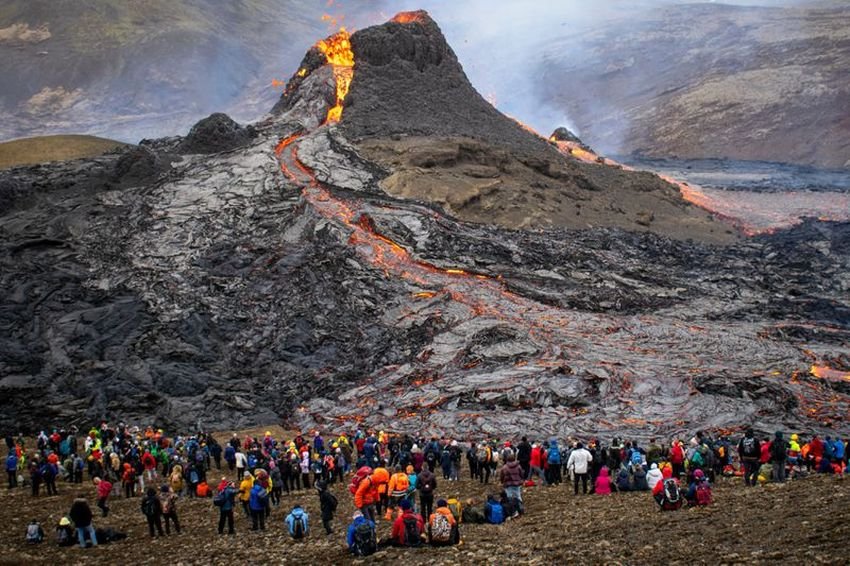 Last Friday, the Fagradalsfjall volcano near Reykjavik, the capital of Iceland, began to erupt for the first time in 800 years and after the island was shaken by the storm with thousands of small earthquakes. Fortunately, the explosion was small and did not endanger anyone. Instead, he offered some amazing opinions of lava flowing on the ground.

The spectacle was better recorded than a drone operated by Icelander Bjorn Steinbekk. As you can see, Steinbekk flew the drone several times through the lava that flew in the air - a daring feat that makes us wonder how his drone survived the high temperatures.

The Fagradalsfjall eruption is relatively small for a volcano. The eruption crack is about 500-700 meters long and the lava is less than 1 square kilometer in size.

You can better understand the scale of the object from the image at the beginning of the article taken on Sunday. They show crowds of hikers admiring the blast, which is located about 40 kilometers west of the Icelandic capital Reykjavik.

This video below shows you the location of the volcano before and after the eruption, which is located in a small valley in an uninhabited area of ​​the country. There are no reports of ash falling from the eruption, but residents living beneath the volcano have been told to close their windows due to possible gas emissions.

None of this prevented Steinbekk from approaching the volcano. And if you want to see more of Iceland's fantastic videos and pictures from the air, you can see his official Instagram. There are some really great shots to admire.

And yet Donald Trump is building his own social media platform
Next Post: Zuckerberg: Anonymous Facebook activity on iOS 14