A hidden feature in the latest preview version of Windows 11 has revealed that Microsoft is preparing tabs in the File Explorer of the operating system. 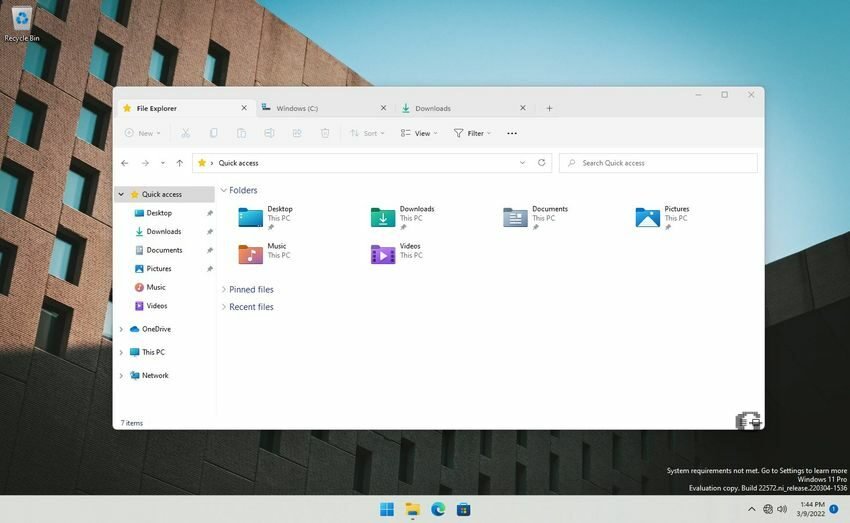 First detected by Rafael Rivera and announced on Twitter. The feature, once enabled, will display tabs at the top of the File Explorer application, allowing users to have multiple folders open in one window.

This feature has not yet been officially announced by Microsoft and since it is currently only in the preview channel, it is possible that Microsoft will cancel the feature before it is shipped, although we believe it will eventually be released.

For now, it looks like Microsoft is shaping the next major release of Windows 11. Insiders recently received two new releases with a set of touch screen enhancements, including general enhancements and changes.

The next major Microsoft feature update for Windows 11 is expected to be released in the second half of this year as "version 22H2".