Internet security is one of the most important challenges facing parents in modern times, as with the increased access to the Internet, the way is opened at the same time for cyberbullying, sexting (a combination of the words sex and texting - exchange text messages) and harassment.

In fact, almost three-quarters of parents (70%) are concerned about their child's online activity, according to a recent ESET survey of 1.000 parents of children aged 10-18 in the UK.

These risks may be easier to control on family computers or other shared devices where activity can be monitored and threats can be mitigated. However, it is becoming increasingly common for children of all ages to have their own device, with 73% of them having a mobile phone before the age of 12, which carries multiple risks.

According to ESET, these are the main dangers but also the ways to protect your child.

The beginning is half of everything

You might think that the process to make sure a phone is safe and protected in cyberspace starts as soon as you take it out of the box and start the setup process. However, where you buy your child's phone can be just as important as the steps you take to set up the device.

Buying a used phone has become a popular way to save money - but it can put the new owner at serious risk.
More than a third of parents (39%) do not get their children's phones from an official reseller.

Many of these devices come from friends and family, various websites or used stores. There is a huge amount of personal data stored on phones and this information will still be available to the new user unless of course it has already been completely deleted.

In addition, even phones refurbished by experts may still contain malware (trojan or malware), leaving users at risk as soon as they start using the device. So make sure you get your child's phone from a trusted source, otherwise you may already be losing a battle.

Even the most knowledgeable professional can fall victim to phishing scams. Children are even more at risk of phishing attacks, as they may be less able to distinguish legitimate links or regular emails from scams.

It may seem unlikely that you or your child are the target of these attacks - but the truth is that this happens much more often than you think. In fact, more than half of the parents surveyed by ESET had been attacked by e-fishing in the past.

There are several ways to reduce this risk and help your child navigate the internet safely. The first and most important step is education. Talking to your kids about what a phishing link might look like, how to locate a trusted source, and what to do if they are not sure about a message sent to them helps you make better choices when they are online.

The ESET survey also found that the average age at which parents acquired their first phone was 24 - but times have changed and it is important today for parents to be mindful of their child's cell phone. Information, however, is not enough. Installing security and antivirus protection on your child's phone can reduce the potential threats to which they may be exposed, greatly reducing the risks.

You are not alone in this

It may seem scary to try to protect your children from all the online dangers on their cell phones, but you do not have to do it yourself. It is a fact that cyber security will always be based on the element of human vigilance, but installing a reliable antivirus program on your child's cell phone can reduce the risks to which they are exposed.

Keep your security program up to date, take the time to learn its features, and make sure you talk to your kids about how to stay safe online.

Remember, however, that prevention is better than cure, and make sure the antivirus software is installed on the device beforehand, as you do not know when a malicious action could have taken place.

Although 80% of respondents said they believed the security of mobile devices was important, almost half (45%) did not have cybersecurity products installed on their phones. The ESET survey showed that more than a third of parents (34%) were or will be asked to install security software on mobile devices because they themselves have encountered a cybersecurity issue.

However, this means that the damage - economic, social or just a blow to the user's confidence - will have already been done. Instead of waiting for something to happen to focus on cyber security, it is best to act proactively and make sure your child's phone is protected from the start.

With 68% of parents worried that their child's activity on their mobile phone is unsafe, these simple steps will help you relax and help your child use their device - and the internet - carefully and with security. 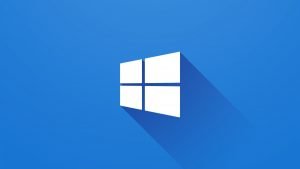 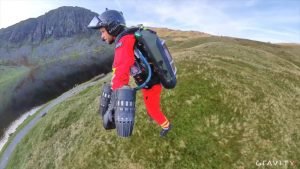