O Eugene Kaspersky, CEO and co-founder of Kaspersky Lab, participated as the keynote speaker on the first day of the 9 Annual Meeting of Interpol Headquarters Headquarters in Lyon, France from 17 to 19 April 2013. The title of this year's conference is "Giving strength to National Headquarters to face the new challenges of crime." 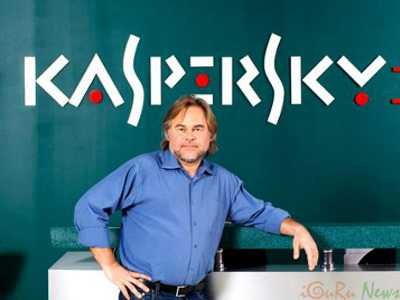 Eugene's speech, "Supporting the Global Digital Crime Survey," covered the landscape of digital threats of today and tomorrow. He also referred to cooperation between industry and transnational law enforcement agencies as well as to its vital importance for cyber-security, where there are no borders.

Eugene's speech followed recent announcements by INTERPOL and Kaspersky Lab about the start of their technical collaboration.

The NSA had penetrated the OPEC networks from 2008

Commenting on the collaboration with Kaspersky Lab, the Secretary General of INTERPOL Ronald K. Noble said: "INTERPOL should work with all relevant public and private sector actors committed to keeping the digital and real world safe from cyber criminals. Kaspersky Lab is one of the world's leading Internet security leaders. Its founder, Eugene Kaspersky, has demonstrated his will and personal commitment to support law enforcement in this common fight to clear the Internet from crime.
"Kaspersky Lab and other private sector actors joining forces with INTERPOL to support law enforcement on the detection and exposure of these cybercriminals will help citizens and businesses protect themselves from digital crime .

"INTERPOL is also planning to work with Kaspersky Lab's systems and analysts to create the first INTERPOL digital alert that will be triggered whenever malicious code, malicious software or some other digital crime action with a strong global effect is detected" .

Noboru Nakatani, Executive Director at the Global Innovation Unit (IGCI) of INTERPOL, which opens in Singapore in 2014, added: "The immediate response of law enforcement agencies is not enough to keep us one step ahead of cybercriminals. . "Working closely with all sectors involved, including the private industry, and a shared commitment to capacity building and education is vital to developing a truly global strategy."

Microsoft Hellas announced the release of the new Office for Business

Google prohibits the resale and lending of Google Glass