FaceApp is the app that went viral this week on Facebook and other social networks. Below all the postings of AI-created images from the app, you'll see a lot of comments that warn that those who use the app are giving their souls to a Russian company.

That's right, but it's not unprecedented. But the internet probably needs "boobs" and this week, its name is FaceApp.

The FaxeApp app was launched in 2017, and is not related to Facebook. It is an application for iOS and Android developed by the Russian company Wireless Lab.

It allows you to upload a selfie that then processes, changing the expression of your face, your age, even your sex. The results seem to be very convincing, judging from the images that are being released on Facebook.

Although the application offers the aging filter from 2017, it became a weekly viral because someone noticed that the company is requesting full rights to the photos it has edited.

The User Content and any name, username or similarity provided in all formats developed directly or later are not compensated.

The "irreversible" mentioned by terms of use Many people did not like the application, such as Senator Chuck Schumer who wrote to the chairman of the Federal Trade Commission on Wednesday and asked him to deal with the application, stating:

FaceApp's location in Russia raises questions about how and when the company provides access to US citizens' data to third parties, including possibly foreign governments.

For the rest of the week, we saw too many publications on social networks, magazines, even in political newspapers that warned the public of the bad news they might have if they use the application.

Many other publications seem to focus on two words: irrevocable, and Russia.

Wireless Lab, on the other hand, told TechCrunch that FaceApp only uploads photos that have been selected by users for editing and stores them in the cloud because they are being processed. Usually it deletes images from its servers within 48 hours. The company also said it does not send user data to Russia, but it processes images in US cloud provider infrastructure.

Of course, an application that demands so many rights in its terms and conditions should be a sign of a risk for everyone involved and security. However, there are conditions for the use of other services, which may not be as aggressive (because the wording is different), but they say the same.

The company can share your image with indeterminate third parties. You can delete an image on Facebook, but it will still appear if you shared it with others.

Η privacy policy of Accuweather. The company lost too many users when some researchers discovered that it was providing location data. This was because her policy allowed her to gather information from other nearby devices. The terms allow the device ID and other information to be collected from mobile devices such as your heart rate and body temperature.

Pulse and body temperature… for a weather application?

How many of you who worry about Wireless Lab will you get into the online cold war game that we see happening between the US, Russia and China? 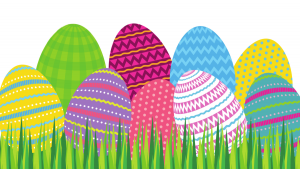 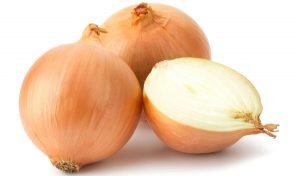