Almost all major internet companies, such as Facebook, Reddit, etc. are trying to download the video of the performer in New Zealand. The more general effort includes edited versions.

Almost all Internet companies are struggling to download copies of the video from Brenton Tarrant, the wicked executioner of the mass murders in New Zealand. Facebook shows how difficult this project is as its representative in New Zealand Mrs Mia Garlick revealed that has so far deleted 1,5 million videos of the attack worldwide, of which 1,2 million were stopped at the mission stage. This includes the edited versions, which have removed the shooting scenes, as the company wants to respect both the people affected by the killings and the "concerns of local authorities".

And it's not the only company. Rediit has announced that it bans channels that are focused on that event. In particular, it prohibited two channels, r / watchpeopledie and r / gore to share or make host links on this subject. Youtube has already deleted all related videos.

The shooter was wearing a camera mounted on his head videotaping the entire attack by sending the video online to Facebook. His obvious purpose was to exploit social media to pass its unacceptable social positions.

And while the world condemns violence and this particular act, this news has other implications. It also shows how difficult it can be to restrict the spread of material from the Internet. The entire controversial video is still being released, through the known illegal movie sharing channels, the dark web, etc. This warns you once again about the immensity of the internet and the inability to actually delete something you uploaded and then regret.

Facebook of course talks about an algorithm that can do this quickly and correctly, but Facebook is just the one way of sharing between hundreds of other ways. 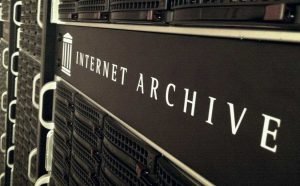