Facebook is donating 1 1,3 million ($ XNUMX million) to Bletchley Park in the United Kingdom. Bletchley Park was used during World War II to break the code, and today serves as a museum.

The Bletchley Park Trust, a registered charity, he said in August that the site was experiencing a revenue deficit of 2 95 million due to the reduced number of visitors it had due to the coronavirus. Due to the reduction in revenue (amounting to 35% of annual income), Bletchley Park announced that it was preparing for XNUMX layoffs, which is one third of its workforce.

Facebook donation will save some of these jobs, but it is not clear how many.

Facebook said it made the donation in recognition of "Bletchley Park's legacy as the birthplace of modern computers." Code crackers and Bletchley Park mathematicians not only managed to break the encryption engine Enigma used by the Nazis to encrypt their communications, but also made basic theoretical and mechanical discoveries.

These included the creation of the Colossus, the world's first programmable digital computer, and of course the work of Alan Turing, the English mathematician considered the father of modern computing and artificial intelligence. At its peak, Bletchley Park had about 10.000 employees, with women making up about 75 of the workforce.

"The historic achievements of Alan Turing and the Bletchley team have benefited us all, including Facebook, and we are excited to help maintain this intellectual home of modern computers," said Steve Hatch, Facebook Vice President of Northern Europe. in a press release.

Bletchley Park is Good to Go ✅

Find out everything you need to know for a safe and enjoyable visit this weekend ➡️ https://t.co/ur8npdLiDr@VisitEngland @DestinationMK @Visit_Bucks pic.twitter.com/qPsOGdYkq9

In a press release, Bletchley Park CEO Iain Standen said the museum was "very grateful to Facebook" for its donation. "With this significant support, the Bletchley Park Trust will be better placed to keep its doors open for future generations," said Standen. 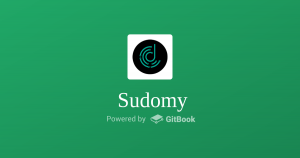