Facebook and the FTC: A new publication by The New York Times reports that the Federal Trade Commission (FTC) finds it difficult to agree on an appropriate fine for data loss Facebook and that its members are trying to determine whether CEO Mark Zuckerberg should be held personally accountable.

Facebook is reportedly facing a "huge fine" from the FTC for the data losses it recently announced and according to information circulating the company could pay up to $ 3 billion. Along with the fine he could be forced to create new jobs for privacy.

The Times he says that the FTC members could not reach an agreement on the amount of the fine, but also on whether "Mark Zuckerberg, as CEO of the company, should be held personally responsible for any breach."

All right here. In fact, all of the above sounds ideal for the audience / members of the larger social network, who, while recognizing that Facebook exploits them, can not do anything.

The FTC's decision will be important, but is it all part of the game? Does a decision taken by politicians pose risks?

A "soft" decision could undermine public confidence in the FTC's ability to adequately oversee technology companies, especially now that Europe has its own regulations.

But let's look at another scenario…

What would be ideal for Facebook right now? What could give people the impression that Facebook has paid its debts, taken the medicine and returns corrected for the common good…

A sum of money, perhaps billions of dollars, sounds quite satisfactory. It is reproduced by the media and consumed by internet users who feel unable to react. Fortunately there is the FTC…

The headlines read: "Facebook puts aside $ 3 billion to cover the expected fine of the FTC".
However, the same title could be written: "Facebook and FTC agree to create a fantasy of security and safety."

If you think about it, this upcoming fine "record" amounts to 6% of quarterly profits or simply two weeks of revenue from Facebook.
Of course, Facebook shares will reach new highs this quarter. The government has a clear conscience, as the "fine record" can distract attention.

Cumulative fines should apply to fines imposed on companies that do not cooperate or appear to be defying the law. The FTC could add a zero and make the fine 30 billions of dollars. This could force Mr Zuckerberg to give up the role of the CEO, but also the largest social network to think more seriously about private security.

At the end of Vice, Christian Bale, who plays Vice President Cheney, turns to the camera and says, "You chose me. Well, I did that… whatever you asked for. ” 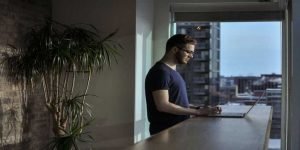