Facebook Messenger is undoubtedly the biggest application of personal messages: Today announced the milestone of one billion active users each month. This means that 200 million users have been added since January. 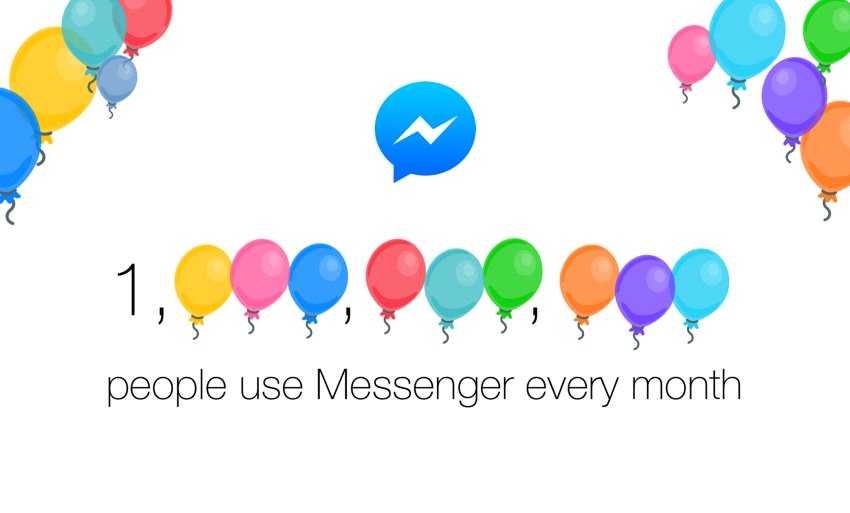 Meanwhile, WhatsApp has since 1 a billion active users every month. This means that over 1 on 7 residents on the planet use a Facebook chat application.

To celebrate the fact Facebook added a Easter egg to the Facebook Messenger application: Send an emoji balloon to someone to see what happens.

The company also provided some statistics: