In an unprecedented decision that left technical observers frustrated, Facebook decided to create a common platform for its three key applications: Facebook Messenger, Instagram and WhatsApp.

Never in the history of the company have billions of dollars been spent on the acquisition of other companies which are then consolidated under the same framework…
Companies usually continue to operate their subsidiaries as separate entities.

The unification command naturally comes from above, by Zuckerberg himself, who according with the New York Times, has allowed developers to complete the project within a year.
Here we should mention that we did not have any clues about the decision, except maybe from the departure of its founders Instagram and WhatsApp from Facebook in recent months.

So the decision was a shock for those who believed Facebook's promise that WhatsApp and Instagram will act independently after their takeover.

However, there will be several serious implications for the decision to integrate Messenger, Instagram and WhatsApp with Facebook. Greek Media presents the event as a pioneering one that may be true, but no one is considering what will actually happen in the background.

When 3 services are integrated into a single software platform, it is inevitable that Facebook will link user accounts through their unique identifiers, removing to a certain extent the pseudonym that some Instagrammers or Users of WhatsApp have.

Facebook, if it is, is already a huge database, the merging of the three applications will give the company more access to user data than its daily life, which will be used to find new ways to win more.

What will happen to her end-to-end encryption which the WhatsApp platform uses when joining the three applications (Instagram is not a messaging service).
The integration of Facebook applications will again trigger discussions with the Authorities, and we should not be surprised to find that the new code includes a backdoor for the FBI.

Facebook are going to monetize encrypted messaging by consolidating metadata analysis of 3 key platforms (Messenger, Whatsapp & Instagram). They will make money by tracking your relationships and social groups. They will make that information easily accessible to law enforcement.

According to the NYT publication, there are some internal concerns (from the company's employees) about the project. Most are doubts as to the benefit of linking the three services, because it is not expected to bring many new users.

This shows that Facebook employees do not really understand how the company earns the money it uses to pay their wages.

Tip: A very good source of cash is to gather as much data as possible from users and sell them to advertisers.

Of course, consolidation may create more problems: the history of IT is full of unfortunate efforts to force different products to work under the same platform.

But the benefits for Facebook are very important. One of these is that it will get rid of too many (and expensive) software engineers today needed to support three different products. Yes we are talking about layoffs, and he will do it once he has the opportunity.

Only with the departure of the founders of WhatsApp and Instagram, the company has earned a fortune with redeeming the shares.

We probably have to understand (all who have not understood) that Facebook is not a simple social network that helps us find our friends but a ruthless, speculative company that wants our data. 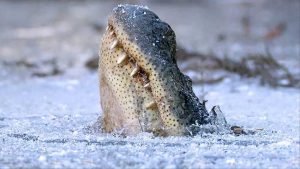 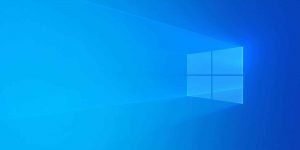