According to a committee in the United Kingdom, Facebook should be banned from controlling itself, and suggests that the company's control should be passed on to government.

The Digital, Culture, Media and Sport Committee of the UK Parliament he published its final report after 18 months of research on Facebook and the company's privacy practices.

The new report sets the foundation for an upcoming legislation that could take full control of Facebook's CEO. According to the findings of the survey:

"Our research over the past year has identified three major threats to our society," said Damian Collins, chairman of the DCMS commission that conducted the research.

"The challenge for next year is to start fixing things. We can not be late anymore. ”

The committee was very critical of Facebook CEO and founder Mark Zuckerberg, who denied public demands to answer committee members' questions, according to the report.

"Mark Zuckerberg constantly fails to show the necessary levels of leadership and personal responsibility expected of someone sitting at the top of one of the largest companies in the world."

"Democracy is threatened by the malicious and relentless targeting of citizens with misinformation and personalized dark advertising from inappropriate sources provided through the large social networking platforms we use every day," Collins said. 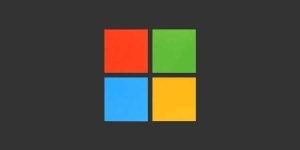