Well-known face recognition poses a serious threat to privacy. The idea that the photos you share on the internet are collected by algorithm training companies, which in turn are sold commercially, is quite disturbing. Theoretically anyone can buy these tools, take a picture of a stranger and find out who they are in seconds.

Worse still, such a huge base could be leased as a service provider with the help of a fast wireless GSM internet, like the 5G that is coming, to be able to see online the name of each person who passes by you.

Although we are still far from such an ominous situation, researchers have already started the cat-mouse game. One solution to facial recognition is a tool called Fawkes, created in the University of Chicago's Sand Lab. He was named Fawkes from the Guy Fawkes masks worn by the rebels in the film V for Vendetta.

The Fawkes software uses artificial intelligence to alter your photos, in a subtle and almost imperceptible way, to trick facial recognition systems.

See for example the following photo of Queen Elizabeth, with the left one being normal and the right one being "teased". 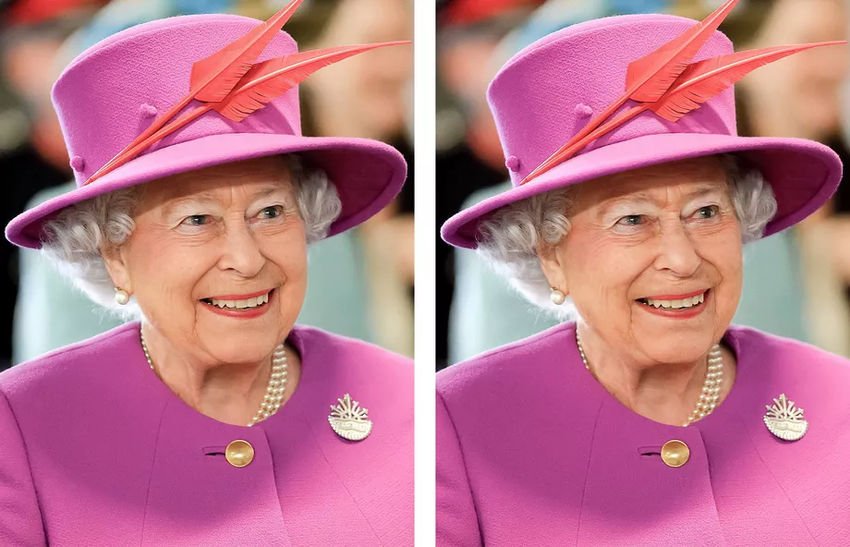 The way the software works is a bit complicated and the passage of your photos through Fawkes does not make you invisible in face recognition. Instead, the software makes subtle changes to your photos so that any algorithm that scans these images in the future will see you as a different person. In essence, Fawkes' intervention in your photos is like adding an invisible mask to your selfies.

Its makers call this process "cloaking" and rely on destroying points that face recognition systems read and rely on. They cite the example of face recognition company Clearview AI, which claims that has collected about three billion images of faces from sites such as Facebook, YouTube and Venmo, which it uses to identify strangers. But according to the creators of Fawkes, if the photos you share on the Internet have been "teased" through Fawkes, then the person in the database who can be recognized by the algorithm will not actually be yours.

According to the University of Chicago team, the Fawkes are 100% successful against state-of-the-art face recognition services, such as Microsoft (Azure Face), Amazon (Recognition) and the Face ++ of the Chinese company Megvii. 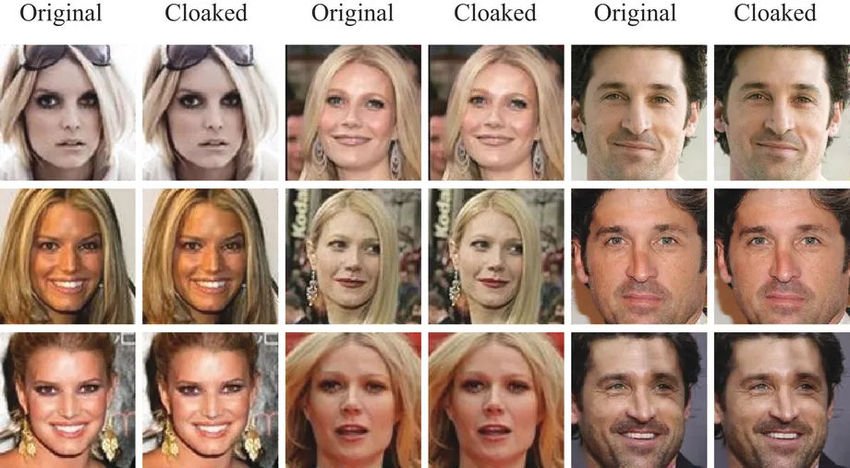 The six-member team behind Fawkes, Shawn Shan, Emily Wenger, Jiayun Zhang, Huiying Li, Haitao Zheng and Ben Y. Zhao, published in early 2020 a task for its algorithm. Late last month Fawkes was also released as free software for windows and mac that anyone can download and use. To date it is said to have descended more than 100.000 times.

Fawkes is easy to use and takes a few minutes to process each image and the changes it makes are mostly imperceptible.

But is Fawkes the most general privacy solution? It is doubtful.
For a start, there is the problem of adoption. If you read this article and decide to use Fawkes to hide any photos you upload to social media in the future, you will definitely be in the minority. Face recognition is a concern because it is a trend aimed at the whole society and so the solution should be used by the whole society. If know-how protects the selfies of certain users, it simply creates inequality and discrimination.

Second, many companies that sell face recognition algorithms have been creating face databases for a long time and you cannot retrieve this information retrospectively. "There are billions of unmodified photos on the Internet, all on different social media," Clearview CEO Hoan Ton-That told the Times. In practice, it may be too late to perfect a technology like Fawkes and develop it globally.

Of course, contrary to the above claims, the team behind Fawkes disagrees. They note that although companies like Clearview claim to have billions of photos, that does not mean much, even when they are supposed to recognize hundreds of millions of users. Chances are, Clearview has only a very small number of publicly accessible photos. And if people upload more Fawkes photos in the future, sooner or later the amount of "teased" images will exceed normal.

The Fawkes team admits that in order for their software to make a difference, it needs to be released more widely. They have no plans to build a web application or mobile app, but hope that companies like Facebook will incorporate a technology similar to Fawkes into their platform in the future.

The integration of this technology would be in the interest of these companies, says Zhao. After all, companies like Facebook do not want people to stop sharing photos, and as long as face recognition companies are still able to collect the data they need from public images, the use of Fawkes technology is essential. And while the integration of this technology at the moment may have only a small effect, for current users, it could help future generations to register fearlessly on these platforms.

“Adoption by larger platforms, e.g. "Facebook or others could over time negatively affect Clearview, making their technology so inefficient that it will no longer be useful or economically viable as a service," says Zhao.