Sci-Hub founder Alexandra Elbakyan said that after a legal process, the Federal Bureau of Investigations (or FBI) ​​gained access to her Google Account data.

Google itself informed her of the data release this week, noting that due to the court decision, the company was not able to inform it earlier.

In an email to Elbakyan dated March 2, 2022, Google announced that following an order issued by the FBI, the company had to hand over the data from Elbakyan's account. According to Google, the court ruling required the company to keep the FBI request a secret. 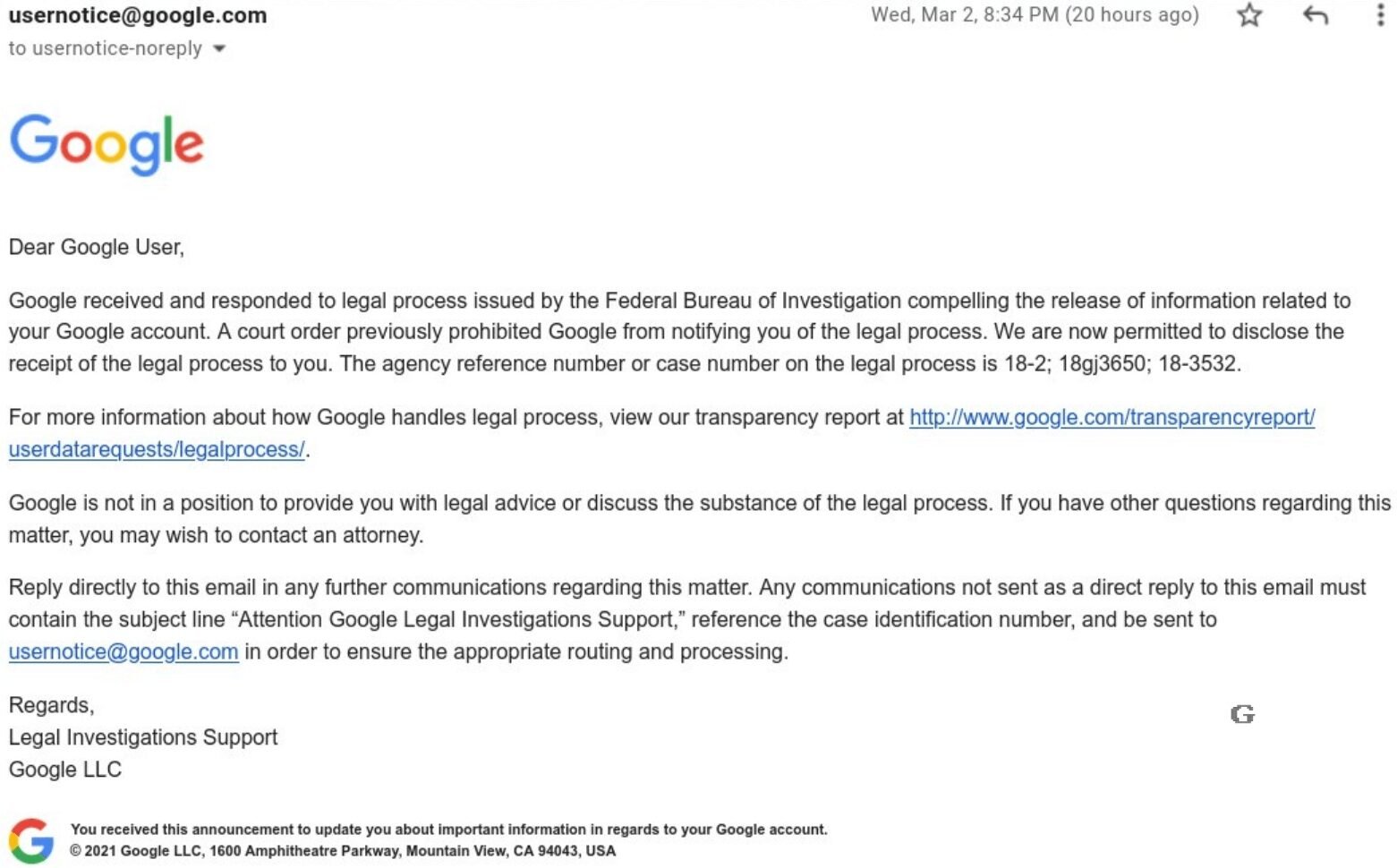 FBI: Apostle Trovias is accused of laundering on DarkWeb

The big question remains - why was the research done?

Given the scale of the Sci-Hub and its worldwide reputation, it is possible that a copyright infringement investigation is underway in the United States that could lead to the prosecution of Elbakyan and others involved in the project. However, more serious complaints have been made in the past.

In December 2019, for example, the Washington Post reported that Elbakyan was investigated by the US Department of Justice on suspicion that he "could" cooperate with the Russian secret services to "steal US military secrets".

No evidence was released to support these claims, but the publication stated that Elbakyan may have collected login credentials from journal subscribers to access academic literature.

first Apple, now Google
(happily I do not use Google or Apple accounts to store sensitive information) pic.twitter.com/puL6te2oaS

"I know there are some reasons to suspect me: after all, I have a computer security training and I was a hobby hacker in adolescence," Elbakyan said. "But hacking is not my profession and I have no business with any intelligence service."

He added: "I think the Russian government has been investigating whether I am a Russian spy since they learned about Sci-Hub, and that makes a lot of sense: a Russian project that uses university accounts to access certain information, of course. is suspicious, but in fact Sci-Hub was a personal project of mine ".

LibreOffice 7.3.1 stable has just been released