If Chromium-based browsers are a concern for your privacy, Mozilla Firefox is almost the only trusted option you have right now.

The third browser in the browser market, after Google Chrome and Microsoft Edge, Firefox receives significant updates every four weeks, according to a new release calendar adopted by Mozilla this year.

Previously, major Firefox updates were released every six weeks, so you can try new features faster without the need to download Firefox beta versions.

Earlier this week, Mozilla released it Firefox 82 and one of the most notable changes to this version is the actual performance of the application. A faster browser will help Firefox compete with Chromium-based browsers, because users are always looking for the fastest and most secure experience when connecting to the Internet.

Mozilla says that this new version of Firefox brings significant improvements in this regard, as everything is done faster from loading a page to startup time.

According to official statistics, websites that use flexbox-based layouts now load much faster in Firefox. Mozilla data shows that these sites record a 20% increase in speed after installing Firefox 82.

There are also welcome upgrades for Windows devices, though you may not even notice them. Mozilla says opening a new window on a computer running Microsoft is now 10 percent faster.

Everyone who uses Firefox may notice better performance in session reset. According to Mozilla, Firefox 82 now restores sessions 17% faster. Although the percentages do not look impressive, all together the speed improvements that come with this update make the overall experience much better. 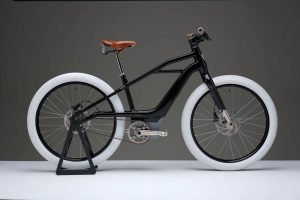