It is probably important to note that Firefox Premium does not mean that Mozilla will charge for the simple use of Firefox, but it does seem to be looking for an alternative source of revenue. A subscription service with the browser and many extras seems to be the solution to Mozilla's funding problem.

The price of the new service was not mentioned anywhere, but there will be a free version with restrictions on VPN storage and bandwidth.

Needless to say, the main points of advancement of the upcoming service will be to enhance security and privacy in your daily web surfing.

We do not know if Mozilla's idea is achieving its goal due to the company's limited user base. Firefox is the browser I've been using for years, but it's currently running around 10% of desktop computers around the world.

Google Chrome, on the other hand, is number one, running on 67% of desktops worldwide.

Therefore, we notice that Firefox users are only at 10% globally, and of course many will be the ones who will prefer the free and limited services of upcoming Premium packages. 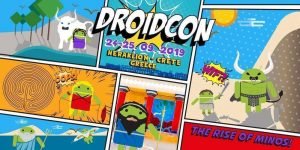