The Mozilla Foundation has today released Firefox Send, a free, encrypted file sharing service accessible to all browsers in send.firefox.com.

The service works just like any other file sharing service on the web. Allows users to upload a file to Mozilla servers and allows them to share it with their friends via a link.

All files uploaded to Mozilla servers are encrypted, according to developers.

Users can set files to expire after a certain amount of time or after a certain number of downloads. Upgraded files can also be protected by a password that the file owner can give to anyone who chooses to download it, thus avoiding unauthorized reception of sensitive data.

Users can upload one or more files at once. By default, the service supports files up to 1GB, but if you sign up or use a Firefox account, you can upload files up to 2.5GB.

"We know there are several cloud sharing solutions, but we offer you more private and secure options. "You can be sure your information is secure with Send," said Nick Nguyen, Mozilla Firefox Product Vice President.

"As with all Firefox applications and services, Send is Private By Design, meaning all your files are protected."

Firefox Send is currently available through the send.firefox.com portal, but Mozilla said the service will also be available as an Android (beta) application later this week.
Mozilla developers started developing the Firefox Send project from 2017. 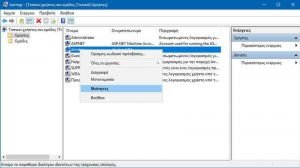