In August 2003, if you were connecting to a Windows XP system without a firewall, would fall victim to the Blaster worm within minutes. The worm exploited vulnerabilities in the network services that Windows XP used to connect to the Internet.

Home routers use a network address translation (or NAT from network address translation) function to share an IP address from the Internet service you use on your home devices.
When incoming traffic from the Internet reaches your router, and the router does not know the computer to which it will forward it, it will reject the traffic. In fact, NAT acts as a firewall that prevents incoming requests from entering your computer. Depending on the router you are using, you may be able to block certain types of outbound traffic by changing the device settings.

If you connect your computer directly to the Internet, it is important that you use a software firewall. Applying Windows firewalls is enough.

Hardware and software firewalls can:

Prevent unwanted incoming traffic by default, protecting vulnerable network services.
They block certain types of outbound traffic. (Although this feature may not be available on some routers.)

Advantages of a software firewall:

Advantages of a hardware firewall:

Hardware firewalls can provide central network management. So if your network is large, you can configure your firewall settings more easily from a single device. This also prevents users from changing the settings on their computers.

Do you need both?

It is important to use at least one type of firewall, hardware or software. Routers and software firewalls often provide similar functions but each provides unique benefits.

If you already have a router and you have the Windows firewall enabled, you are more secure with no real cost in performance.

You do not have to use third-party firewall software to replace the Windows firewall, but you can if you want more and easier features. 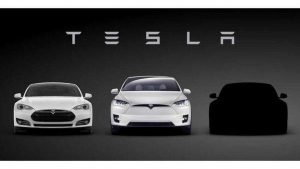