Search
Menu
Marousi, 11 February 2014: The first Greek business aerospace mission to Israel was successfully completed. The Greek delegation participated in the leading aerospace conference "Ilan Ramon" and had - among other things - meetings with the three largest aerospace technology companies in Israel, Rafael, Elbit and IAI, which showed strong interest in the activities of Greek industry, while discussing issues mutual cooperation.

The mission, which was co-ordinated and-cluster and the Association of Hellenic Space Technology and Applications Industries (EVICE), the General Secretariat for Research and Technology (GSRT), a delegation of the Greek embassy in Israel, nine Greek aerospace companies: AerospaceVentures, European Sensor Systems, Geosystems Hellas, Inasco, Irida Labs, Planetek Hellas, Prisma Electronics, Teletel, and TerraSpatium and the si-Cluster moderators from Corallia.The Greek delegation provided a "presence" potential both through its participation in the proceedings of the conference and through its presence and visibility in the exhibition space. At the same time, he provided complete information on the activities and dynamics of Greek industry, aiming at highlighting national strategic development goals and cultivating synergies with Israeli businesses. During his presentation, the Dr. Athanasios Potsis, president of EBIDITE and member of the Si-Cluster Coordination Council, has highlighted the comparative advantage of our country in the field of aerospace technology.

Also, a series of visits and meetings were held with Israeli companies and organizations active in aerospace. Israel's three largest space technology companies (Rafael, Elbit, and IAI) have shown intense interest in Greek businesses, and even planned their executives' visits to Greece in the near future. In fact, the results of the meeting with the state-owned "giant" of the Rafael Israeli Aerospace Industry in Haifa were explored, exploring the possibility of expanding cooperation in four areas: propulsion systems, composite materials, sophisticated sensors and electronic systems. An important contribution to the success of the mission was the Dr. Konstantinos Stavrinidis, Head of Mechanical Engineering Department, of the European Space Agency.

Ο Dr. Vassilis Tsaggaris, of IridaLabs, reported on the mission: "It was an important and different experience for all of us, which showed the way and the way to cooperate in Greece and especially abroad.»

Η Dr. Ioanna Malagardi, GSRT reported: "The participation in the mission by GSRT was of particular importance, since it was the first group and organized roadshow of si-Cluster. At the same time, there was an opportunity to discuss issues of partnerships at major business meetings. At a strategic level, the definition of areas of common scientific and business interest has been achieved with a view to enhancing the innovative potential and extroversion of the participants with mutual benefits for the two countries. "

Ο Mr. Stelios Boulanos, PlanetekHellas added: "Israel's large and powerful space industry has great opportunities for Greek companies. We hope this mission will mean the beginning of a profitable partnership for both sides. "

Η Ms. Betty Charalambopoulou, of GeosystemsHellas (GSH) pointed out: "The first national aerospace mission expressed Greece's sincere and keen mood to distinguish itself in space technology and triggered interesting and very important collaborations with major organizations active in space-based technologies in Israel. It encourages the initiative of all its members si-cluster and EVIDETE that we took part in the mission, to conclude major international partnerships for the future of our national industry. We are particularly pleased that these actions are being coordinated under the auspices of si-Cluster and EVIDETE. " 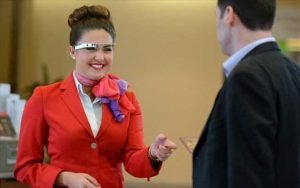