The FonixCrypter ransomware development team announced today on Twitter that they have deleted the ransomware source code and intend to shut it down.

As a gesture of goodwill to previous victims, the FonixCrypter gang has released a package containing a decryption tool, instructions, and ransomware master key.

These files can be used by infected users to decrypt and recover their files for free, without having to pay a ransom.

Allan Liska, a security researcher, tested the decryptor and confirmed that the FonixCrypter application, instructions and master key work as the criminals report.

"The decryption key provided by the hackers behind the Fonix ransomware seems to be legitimate, I think it requires each file to be decrypted separately." said Liska on ZDNet. 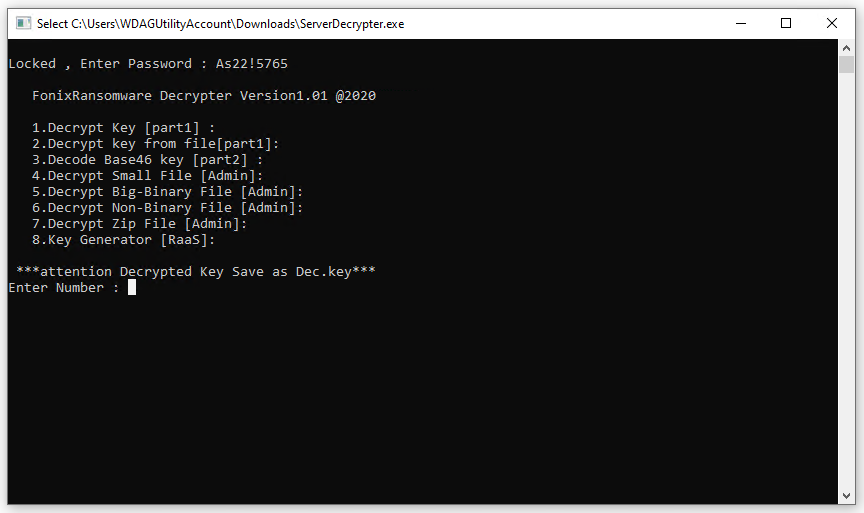 "The important thing is that they released the master key, which enables someone to create a much better decryption tool," he added.

A better cryptographer is currently in Emsisoft projects and is expected to be released next week, said Michael Gillespie, an Emsisoft security researcher.

Users are advised to wait for the Emsisoft decoder instead of using the FonixCrypter developer decryptor. No one can be sure if it contains backdoors.

The FonixCrypter ransomware gang has been active since at least June 2020, according to Andrew Ivanov, a Russian security researcher who has been following ransomware issues on his personal blog for the past four years.