Microsoft Teams, which is a communication and synchronization platform with Office 365, has also been released and is now available in Greek territory. 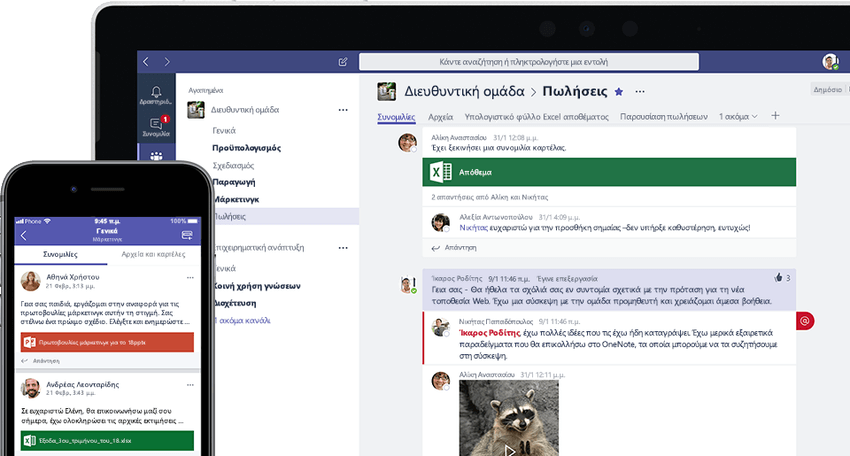 Microsoft Teams is basically one competitor of Slack, which works and works well through the Office 365 subscription. The free version of Microsoft Teams is limited to up to 300 users and is a very useful solution for small and medium businesses and workgroups (students, clubs, etc.).

Microsoft prides itself on the fact that more than 200.000 companies use the Teams application on 181 markets and declare that they will soon be replacing Skype for Business as a collaboration node for Office 365.

In Teams, and in its free version, you can save unlimited chat messages (just like the premium version), and you also have built-in audio and video calls.

The list of features provided by the donation version is:
10 GB file storage of the entire group and extra 2 GB per person for personal storage.
Integrated, real-time content creation with Office Online applications, including built-in Word, Excel, PowerPoint, and OneNote applications.
Unlimited processes with 140 + Embedded Business Applications (including Adobe, Evernote, and Trello).
Ability to communicate and collaborate with anyone inside or outside your organization, backed by Microsoft's global infrastructure.

You can try its free version Microsoft Teams from here. Of course you need to register.