And in Europe backdoors? France and Germany are asking the EU for new powers that could force mobile service providers to access encrypted content.

The two Member States of the European Union, following the terrorist attacks they have received from ISIS, seem to seek easy access to the messages of criminals and suspects for terrorism.

Many mobile messaging providers, such as WhatsApp, Apple iMessage, and Telegram, provide end-to-end encrypted messages that do not allow any kind of espionage.

Many other websites and services - including Facebook - have adopted strong encryption to ensure that no one can access their members' messages.

Reuters reported on Tuesday that French Interior Minister Bernard Cazeneuve has asked the European Commission to draft a new law obliging companies to deliver the data.

"It is a central issue in the fight against terrorism," Cazeneuve told reporters last week.

"Exchanges made through applications such as Telegram must be identified and used during litigation," he added.

Cazeneuve's "initiative" is similar to US and British efforts to establish backdoors in encryption that could be used by governments and law enforcement agencies, effectively undermining the protection of millions of Internet users.

This practice (backdoors) has been criticized by privacy and security experts, who argue that there is no way to "secure" backdoors that can guarantee that hackers will not be able to take advantage of the same access. 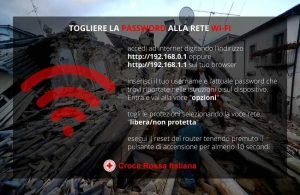