Yes, GitHub seems to be preparing to replace the term "master" in its service with a neutral term like "main" to avoid any references to slavery, the company's CEO said on Friday.

The web hosting portal is the latest in a long line of technology and open source companies trying to voice their support for the BLM movement by removing terms that may be offensive to black community developers.

The concern of technology companies is that the continued use of these terms could prolong racial stereotypes.

"Such terminology not only reflects our racist culture, but also serves to strengthen, legitimize and perpetuate it," some academics said in a statement. 2018 publication.

So now, in the wake of Black Lives Matter protests across the US, the tech community is once again involved in efforts to remove these terms from source code, software applications and online services.

Thus the OpenZFS file storage manager has already replaced the master / slave terms it used to describe the relationships between storage environments in appropriate terms.

Gabriel Csapo, software engineer at LinkedIn, said on Twitter this week that it is also in the process of requesting updates from several Microsoft internal libraries to remove any racist phrases. 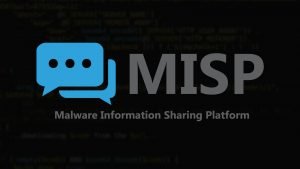