Google has deactivated the data of the release of its Maps in Ukraine, in order, as it states, to protect Ukrainian citizens. 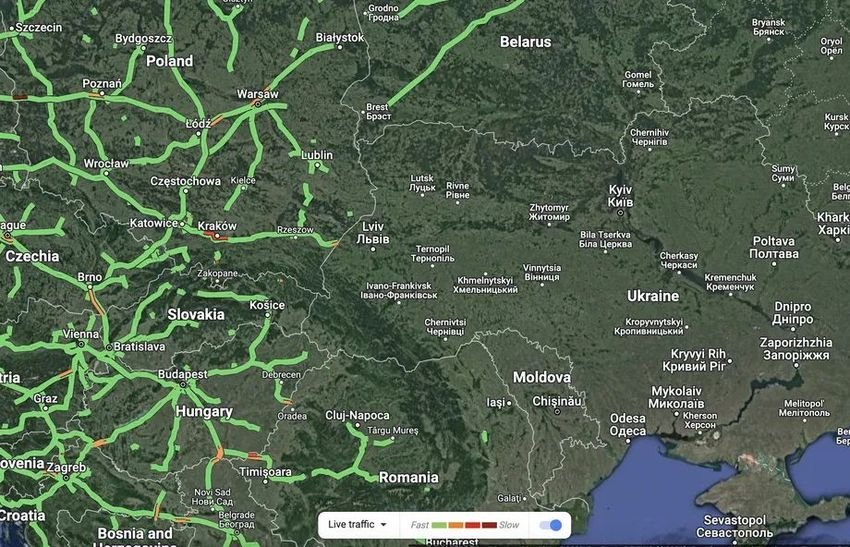 Google has temporarily stopped showing online traffic in Ukraine, offered by Google Maps. The reason is the protection of citizens as the country is being invaded by neighboring Russia.

The Google Maps traffic feature uses anonymous user location data, collected from Android smartphones, to indicate where traffic delays are and which businesses and stores are busy. Experts say such data could provide an insight into the progress of the invasion. But they could betray civilian positions, as well as their mass movements.

According to Reuters, Google decided to disable these features, to protect the security of local users, after consulting with the Ukrainian authorities.

Features have indeed been disabled by global access, but Google says online traffic information will still be available to drivers using navigation features in the area. It is not clear if Google has ever disabled these features during previous conflicts or wars.

GoDaddy: 24 hours deadline for another host on a neo-Nazi page

Location data collected by mapping services often provide this kind of unexpected information. For example, when the Strava tracking application released a map in 2017 with user joking activity, accidentally revealed the location of several US military bases, showing where soldiers were running around airports.

Typically, this data must be combined with other sources to provide reliable information. In the case of the traffic jam that was detected outside Ukraine last Thursday, for example, researchers were already examining the area using satellite imagery. The data itself may have come from civilians stopping at roadblocks, rather than from soldiers using Android phones.

However, the only sure thing is that technology is now deeply rooted in our lives. And not a few users are trying to figure out what's going on in the area from Flightradar24, or marine traffic, or filtering news and videos on twitter, Tiktok etc, putting the hashtag #Ukraine.

Google prepares the best AI assistant we've ever had