After a lot of scandals and reviews for collecting user geographic location data, Google announced today that it plans to develop a new feature that allows users to automatically delete their location, browsing, and search history data from their accounts.

The new feature is scheduled for release in the coming weeks, according to Google, and will allow users to set an expiration date for information such as their searches on Google, their activity on Google sites, installations, app usage and games for Android, Chrome's browsing history, and all location data.

Google typically collects location data through a Location History feature included in some of its services, such as Google Search and Maps.

From the images posted by Google earlier today, users will have an option in their account settings section that will allow them to store location and web and app data indefinitely within the accounts until they decide to manually clear them way, or automatically after three, or after 18 months.

Google will release this feature after growing criticism of the control it has on location data for its service users.

Location History is off by default in all accounts, but a survey by Associated Press he revealed in August of 2018 that even when turned off, the function continues to monitor user movements.

Since that disclosure, the company has won a number of lawsuits in the US and seven EU countries have launched investigations into GDPR violations, as the company was once again hiding from collecting geographic data.

Last month, a separate survey conducted by The New York Times, he revealed that the US authorities use this database containing the site history data (Google calls it Sensorvault) for dragnet surveys, something that did not know the general public.

Following the revelations of the Times, Google was recently summoned to a US Congress to answer a series of questions about how it manages the Sensorvault database and who else has access to that information.

Google services users who will be able to automatically delete the location data history are probably the only way to deal with the upcoming control by US regulators, to which the company will have to respond by May 7 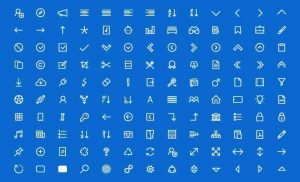