A mysterious break in Google Cloud, one of the largest cloud providers on the web, was the reason to stop thousands of sites from running. Among these pages was Google, but also services that do not belong to the company.

In the affected companies there were very big names like: Snapchat, Vimeo, Shopify, Discord, Pokemon GO. but also too many of the services such as YouTube, Gmail, Google Search, G Suite, Hangouts, Google Drive, Google Docs, Google Nest and many more.

According to a Google employee, the interruption was so serious so it affected the internal tools used by Google technicians to communicate with each other, making it even more difficult to recover.

"It seems to be a very serious network outage," a Google employee told HackerNews.

"It affects everything, including, unfortunately, the tools we use to communicate throughout the company for the holidays."

The problem was related to an interruption in Level 3, an ISP from the US that provides a connection and several other services to Google data centers.

In January, a similar stoppage at Level 3 caused problems for Microsoft cloud services.

Google Cloud services have stopped working for at least four hours and have been perceived from America to Europe.

The company has now repaired the problem, and promised to publish more details about the shutdown. 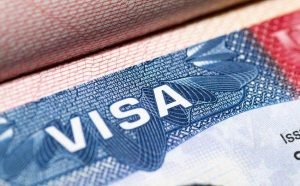