Google has just released more information about the Fourth Hash Code 2017 programming contest. It is aimed at beginners or amateur programmers in Europe, the Middle East and Africa and challenges the Google engineering problem.

Their reward is the participation itself: getting acquainted with new people with similar interests, having fun and participating in official programming hubs. Getting Started 23 in February 2017 with the Online Qualifier Round, the top 50 teams that will be featured will go to Google in Paris. 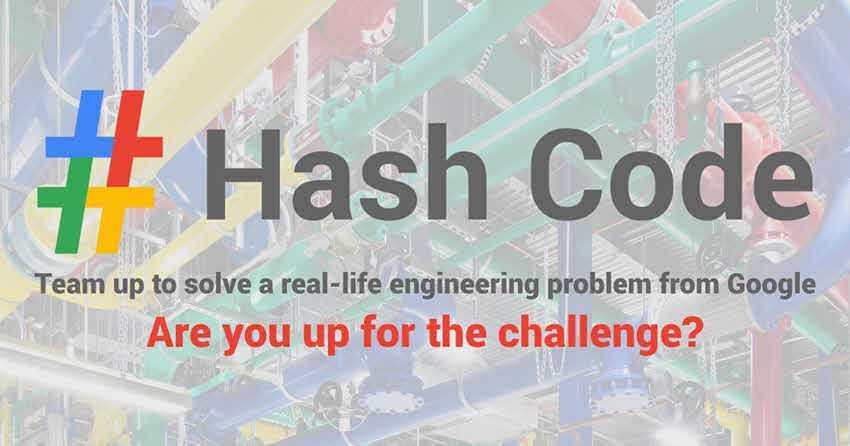 For more information, read the Press Release below

Waiting is over: Google's programming contest Hash Code returns for the fourth year and invites developers in Europe, the Middle East and Africa to solve a real Google engineering problem.

You think you could optimize layout of a Google Data Center (PDF)? You can Planning a fleet of drones to automatically deliver traditions around the world? If you accept the invitation, if you consider yourself ready for the requirements of the contest, take part in the competition today at g.co/hashcode.

Google: Why you should not use secret questions

Legend: 52 teams from 22 countries competed during the Hash -- 2016 ending Round in Google in Paris.

The Hash Code 2017 competition starts on February 23, 2017 with the Online Qualifying Round. The top 50 teams that will emerge from this round will be invited to go to Google in Paris, in the City of Light. There will be the final and will be the battle for the coveted title of Champion Hash Code 2017, 1η April

Whether you just started planning, or you are an amateur of the kind, Hash Code is a great opportunity to hone your skills in creating code and get a taste of the software created in Google and have fun. Here you can take a look at previous problems raised by the competition to see the challenges faced by the participants in the recent past.

Already, students and professionals in all areas of the competition submit their candidacy for their participation in the Hash Code hubs, in which local teams will compete in the Online Qualifying Round. So far, more than 250 centers have been set up across Europe, the Middle East and Africa.

The contest is one side of the fun. The other is the ability you give in the hubs to get to know new people. If you do not find a hub near you, you can sign up for our website and be the hosts at a center in your university, office or city.

Still, the problem of this year's contest remains a "secret seal", but it is expected soon ... important announcements that will prepare the ground for the Qualifying Round. Follow the Hash Code Contest in Google + and to the related   Facebook Event.

Do you accept the challenge? Join today at g.co/hashcode and we will meet you online at 23 February!

Will Barack Obama catch up with Spotify?