It has been almost 13 years since Google Maps started providing traffic data, while also providing details on whether traffic along a route is excessive, estimated travel time and estimated arrival time.

In an effort to further enhance these capabilities, Google and Alphabet's AI research lab, DeepMind, have improved estimated real-time times by up to 50% in places such as Sydney, Tokyo, Berlin, Jakarta, and Sao Paulo. and Washington DC using a machine learning technique also known as graphic neural networks.

"Our forecasts are now very accurate. "In fact, we see that our forecasts have been consistently accurate for over 97% of trips. This technique allows Google Maps to better predict whether or not they will be affected by a delay that may not have started yet." a suspension on the blog.

"Our experiments have shown to work in predictive power and now include adjacent roads that are not part of the main road," he said. the blog of DeepMind.

At the same time, Google Maps noted that the machine learning model has been updated to take into account changes in global traffic patterns since the onset of the COVID-19 pandemic.

The model, according to Lau, prioritizes historical traffic patterns from the last two to four weeks and downgrades patterns that existed before the COVID-19 crisis.

"If we anticipate that traffic is likely to increase in one direction, we will automatically find you a lower traffic alternative.
We also look at several other factors, such as road quality. Is the road paved or unpaved, is it covered with gravel, dirt or mud? Items like these can make a road difficult to drive and we are less likely to recommend this road for your route. We also look at the size and straightness of a road - driving on a main highway is often faster than taking a shorter road with many stops. ” 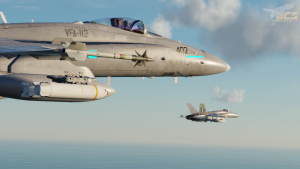