Google brings one new update in Google Maps which adds more color for a better view of the terrain.

The function is based on the current color coding of the application and introduces more detail to the soil type. The colors allow users to distinguish places such as "beaches or deserts, blue lakes, rivers, oceans and ravines". The changes can also detect snow in the mountains and the density of greenery on the map.

The company says that this feature helps users to explore an area in detail and effectively before planning a visit.
As for how the app differentiates landscapes, Google says it combines computer vision and satellite data for soil analysis. It then assigns an HSV model (hue, saturation, hue value, saturation, value) to a denser soil code - such as forests - with a darker shade and so on.

While these visual changes are circulating to all Map users around the world, the company is preparing to bring another feature that improves road information for walking.

The detailed view will help users to locate exactly where the "sidewalks, crossings, etc." are located by marking the appropriate ones, something that the company says will help users with special needs. The changes will also have exact shapes and widths of the road.

Detailed roadmaps will be released in the coming months for users in London, New York and San Francisco. Google plans to extend the features to more cities in the future.

Finally, Google reports that Maps Platform developers will soon be able to integrate visual color changes into their maps.

Other improvements recently announced in the app include the addition of traffic lights and information on where bicycle parking is available to improve usability not only for vehicle navigation but also for other modes of transport. 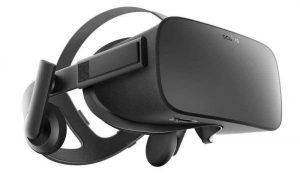