Do you have an idea for an online or mobile technology application that will solve problems related to tourism, culture, energy, agriculture or the environment? Take part in Hack4Med which will be held in parallel in five European countries under the program HOMER (Harmonizing open data in the MEditerranean through better access and Reuse of public sector information www.homerproject.eu) and claimed one of the prizes to be awarded to the winners nationally and internationally.

The Hack4Med programming marathon, will start on 16 2014 on May 17 and will end on Saturday 2014 May XNUMX on the premises of the University of Crete in Voutes of Heraklion.

The organization of Hack4med will be preceded by Creative Workshops, aiming at attracting participants and publicizing the event, as well as recording potential problems that will be the subject of applications.

The first Workshop - Workshop was held on Thursday 20 March 2014 at the Youth Center - Polycentro, in Heraklion, Crete.

Hack4Med is aimed at developers, students, researchers, graphic designers, web developers, but also people interested in open source technology in the fields of tourism, energy, culture, agriculture and the environment.

You will be able to compete with other participants from other European countries (Spain, Malta, Italy, Montenegro, France) and claim international visibility of your work, as well as one of the Hack4Med awards at national and international level.

- Send a brief description of your idea and the team that will participate in Hack4Med to the email: hack4med@ucnet.uoc.gr

- All ideas will be posted on the IdeaScale platform and will be put to a vote for 40 days. The open data in which you should try to use as much as possible to participate in the programming marathon will be available soon in the following portals:

For data and access to the open data portals of other countries, trust it www.homerproject.e 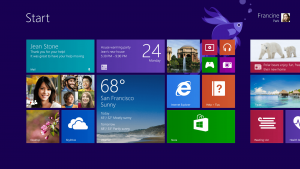