In the biggest attack on Magento websites, hackers broke into nearly 2.000 online stores this weekend to steal credit cards.

Adobe Magento is a popular e-commerce platform that allows owners to quickly set up an online store to sell their products and accept credit cards.

Because of this, Magento is often targeted by hackers who try to install JavaScript in order to steal their customers' credit cards. 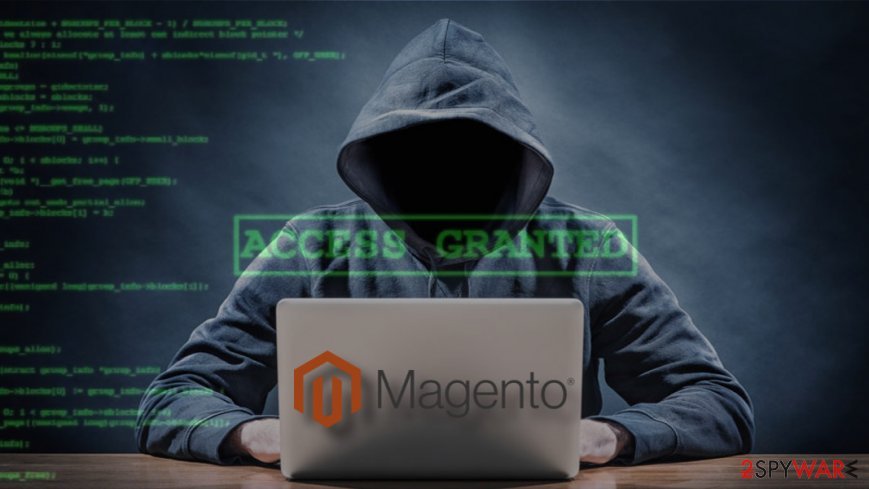 These types of attacks are called MageCart and have become quite a problem for Magento. So VISA advised marketers to switch e-commerce sites to the safer Magento 2.x.

Over the weekend, credit card fraud prevention company Sanguine Security (Sansec) identified 1.904 Magento stores that had been breached in the past four days.

The attack began on Friday, when ten stores were infected with a credit card theft script that was not known from other attacks.

The attack increased to 1.058 sites on Saturday, another 603 on Sunday and an additional 233 by Monday morning.

According to Willem de Groot, the founder of Sanguine Security, this is the biggest attack on the Magento platform they have seen since they began monitoring e-commerce stores in 2015.

"This attack is by far the largest that Sansec has identified since it began monitoring the platform in 2015. The previous record was 962 breached stores in one day in July last year," de Groot said in a report released today. .

Of the breached stores, the majority were Magento version 1, which no longer receives security updates from June 2020 when it reached the end of its support.

When it was breached, de Groot said the attackers were installing a PHP web shell called mysql.php and allowing them to gain full access to the breached account.

Using this access, hackers installed JavaScript to download malicious credit card theft code from mcdnn.net/122002/assets/js/widget.js when a visitor is on a purchase completion page.

For infringed Magento sites in version 1, the malicious script was added to the prototype.js file. For Magento 2 sites, added to a file jquery.js.

It is unknown at this time what he will do after leaving the post, but Sansec believes that sites that use Magento 1 may be compromised using a 0day security loophole sold to hacking forums.

On August 15, a hacker named z3r0day started selling 0day security vulnerabilities for both of Magento 1 fixes for $ 5.000. This sale was made to a total of ten people.

Sansec continues to investigate attacks to determine how the sites were compromised, but advises all Magento users to upgrade to Magento 2 for added protection.

Sansec recently partnered with Adobe to help resolve the issue.