If for any reason you don't want to see some of your neighbors' WiFi networks, you can make your Windows 10 computer ignore them and not list them in your neighborhood's local networks.

When you click the wireless icon on the taskbar, a drop-down menu appears with all the WiFi networks around your site detected by your computer's wireless adapter. Depending on the time of day and the place you live, you will see only a few WiFi network names (SSIDs) of the dozens around you.

However, if you do not want to see your local network's Wi-Fi list for some reason, you can make Windows 10 ignore it and not show it.

As you know, the drop-down list of local Wi-Fi networks does not offer the option to hide a network. To hide it you should use the Command Line.

Hide Wi-Fi SSIDs in Windows 10
In this guide, we'll see how to hide one or more Wi-Fi networks in Windows 10 from the drop-down window with their list.

Step 1: Open the command prompt as a Command Prompt.
Step 2: In the Command Prompt window, write and run the following netsh command:

In the above command, replace "Name" with the SSID name of the Wi-Fi network you want to hide. For example, to hide Wi-Fi called dlink-221880 type:

From now on, you will not see the name of the removed Wi-Fi (SSID) using the above command. Use the same command for each Wi-Fi name you want to hide.

Show Wi-Fi SSIDs in Windows 10
If you want to reopen the Wi-Fi network at any time in the drop-down window, run the following command:

Replace the "Name" with the real name (SSID) of the Wi-Fi again. Use the same command for each Wi-Fi name you want to display again. 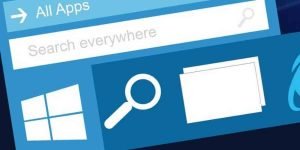