From time to time we observe various hoaxes on Facebook and beyond. We know that most Facebook pranks (we mean posts that go viral even though they are useless and inaccurate) are not really scams or tricks.

They usually have one of three forms:

In the first kind of hoax we have seen occasional posts warning that someone of ours will get hurt if we do not share some text, or warnings about data leakage, account hacking and all the bad things in the world, which can only be corrected with a simple hoax notification .

In the second type, scammers bet that there are desperate people who want more online friends, and it no doubt sounds very appealing to them to trick Facebook algorithms into posting their content to everyone, simply by posting special text.

The third type of prank on the list is probably the worst, because fake security tips can lead well-meaning users to think they are safe.

A prank that was released a lot in 2019, is his prank "BFF”Which tells you to enter the term in a post as a way to check if Facebook's extra security precautions are enabled on your account.

The prank states that if the text BFF, (abbreviation of best friend forever), turns green when you type it in a post, your security is sufficient.

Today the word does not turn green (although it used to), but even if it did, it did not say anything about your security settings.

Many words written on Facebook posts automatically change color, but this is a feature called Text Delights (selected words activate animations such as balloons and thumbs up) and have nothing to do with cyber security.

Where is the damage?

The above messages may be fake, but they do not actually do e-fishing to gather personal information.

Even if it is a message, it seems harmless to you, it prepares you or trains you to accept information without any criticism. And that means you could easily end up with opinions that later turn out to be unacceptable, and wish you had never mentioned them.

Spreading a prank may not matter to you, but ask others who read it. The more you have the habit of transmitting information without checking it and it turns out to be false, the more unreliable you become.

Be careful before you share something and do not let others put words in your mouth. 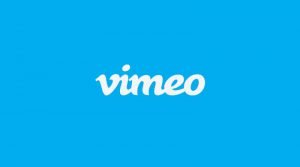