The United States will resume cooperation with Huawei within two weeks, according to anonymous Reuters sources, after the attempt to ban the cooperation of President Donald Trump.

Huawei, the world's largest manufacturer of telecommunications equipment, added to the blacklist of the United States Department of Commerce in May 2019, which prohibits U.S. companies from supplying the Chinese company with new U.S. products and services.

But late last month, after meeting with Chinese President Xi Jinping, President Donald Trump he said that US companies could resell products to Huawei.

In recent days, Commerce Secretary Wilbur Ross has said that cooperation licenses will be issued again where there is no threat to national security.

The reversal of Trump's decision by the trade department suggests that pressure from the hardware industry, combined with Chinese political pressure, is taking place, and sales of technology products from the US will soon resume. at Huawei.

Two US hardware companies supplying Huawei told Reuters they would apply after Ross' comments, but asked to remain anonymous.

According to Reuters and Craig Ridgley, a commercial compliance consultant in Washington, more requests are being prepared by more companies in the coming days.

It is worth mentioning that out of the 70 billion dollars that Huawei paid for the hardware market in 2018, about 11 billion dollars went to American companies such as Qualcomm, Intel and Micron Technology.

..restrictions should be lifted altogether, instead of applying temporary licenses to US vendors. Huawei has been found guilty of irrelevant irregularities and poses no cyber security risk in any country, so it deserves the restrictions.

U.S. companies may sell products to maintain existing networks and provide software updates to existing Huawei phones, but are prohibited from selling new products and services made in the United States. 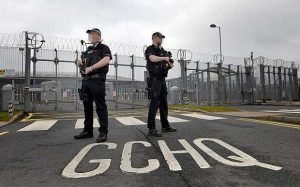