home / News / HWiNFO 64 is divided into free and commercial versions

HWiNFO 64 is divided into free and commercial versions

HWiNFO is a popular information and diagnostic program for the Microsoft Windows operating system. After many years of free release it now comes in two editions. One free and one paid. 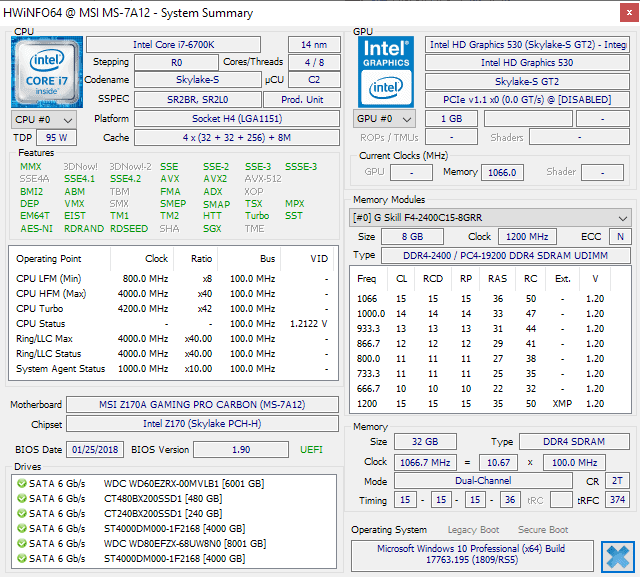 Your HWiNFO program we presented it in 2018 when it was then in version 6.0. It was released for both 32 bit and 64 bit machines, standing out from the ending of its name (HWiNFO32 and HWiNFO64).

The release of HWiNFO64 7.0 is another milestone. It now changes the license of the application to a free version that is only available for non-commercial use, and a commercial version called HWiNFO64 Pro.

The Pro version supports many features that the free version does not support. In new page of its features It seems to have automatic command-line reporting, automatic command-line sensor recording, unlimited shared memory support, and a maximum of 50 machines for remote monitoring (as opposed to the 5-machine version of the non-commercial version). All other features are identical.

The Pro version is available for € 21,02 (plus VAT where applicable).

The Pro version should be used by professional users, starting with version 7.0 of the application. Free users using the sensor feature should be aware that it automatically shuts off after 12 hours of use.

HiddenEyeReborn: Returned refreshed and promising!
Next Post: Call for students to participate in Google Summer of Code 2021