Hyundai acquired the largest stake in US robotics company Boston Dynamics from Softbank for $ 880 million.

The deal has been in place since December 2020 when the board of directors of three Hyundai subsidiaries approved the acquisition that would give them 80 percent of Boston Dynamics. SoftBank will retain the remaining 20 percent.

Boston Dynamics was founded by the Massachusetts Institute of Technology boffins in 1992. Behind it were Google and Softbank.

The company's creations are often scary and its maneuverable robot is creepy.

Spot a robot dog was released in June 2020 and is intended for use by utilities, construction, and others. Boston Dynamics' new robot, Stretch, can help warehouses and distribution centers.

However, the company's products have sometimes proved controversial, as in April 2021, the New York Police Department faced criticism for buying a robot from Boston Dynamics called Digidog. The reason was of course that the robot looked scary and invaded privacy. The New York AT quickly terminated the $ 94.000 contract with Boston Dynamics.

Hyundai says it wants to use Boston Dynamics technology in roles that will not use disign but technology to become a "smart mobility solution provider" company.

Hyundai Motor Group President Chung Euisun said in October 2019 that the group aims to have 20 percent of its robotics business, a goal that will fully strengthen this acquisition. Half of Hyundai's business will remain vehicle-focused, with the remaining 30 percent targeting "urban mobility in the air". 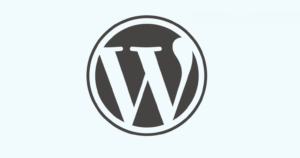