The Invisible Internet Project (I2P) is an anonymous network layer that allows peer to peer communication.

Anonymous connections are achieved by encrypting user traffic (using end-to-end encryption) and sending data through a network of volunteers with approximately 55.000 computers distributed around the world.

Due to the very large number of possible routes that data can carry, it is rather unlikely that a particular connection will be monitored by a third party.

The software that implements this process is called "I2P router”And a computer running this software is called an“ I2P node ”. I2P is free and open source software, and is published under many licenses.

Libertas Market is the first underground market to completely abandon the Tor network for I2P.

Authorities' recent success in identifying and tracking Tor users has forced cybercriminals to look for alternative platforms for their activities. According to ZDNet, at least one underground market has already migrated from Tor to the Invisible Internet Project (I2P).

Libertas Market, a website that sells illegal products, is the first underground market to completely abandon Tor for I2P.

Underground market users have long been urged to leave Tor long before Libertas Market finally decides to take that step.

Tired of the endless DDoS attacks and the constant difficulty of accessing users, many users asked its administrators Dream MarketOf Wall Street Market, Cryptonia and Empire Market to switch to I2P. No effect.

In fact, attempts to switch from Tor to I2P have already been made, but without much success. But after the closure of AlphaBay, Hansa Market and RAMP in the summer of 2017, interested users tried to further encourage drug market managers to change the network to I2P.

It should be mentioned here that after the move of Libertas Market, we expect others to follow. At times a lot has been heard about the Tor network and the US government it seems to be to the project sponsors.

A few words about Tor's rumors

The Tor project is a private non-profit organization, also known as "NSA-proof" or a portal for the "Dark Web". The project is reported by some to be 100% funded by the US government. For example see the papers presented by the investigative journalist and author Yasha Levine.

Launched in 2001, the Tor browser uses the so-called "onion routing" technology developed by the US Navy in 1998 to provide anonymity to the computer networks they use. 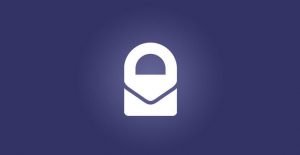