From time to time we hear or read endless talks about Internet freedom, privacy and data protection, hackers threatening the universe, demonic police officers (names we do not say or point to

) that protect us, for bad wolves and unprotected Redskaps.

According to a Russian report of the Kommersant newspaper, Stoyanov was arrested in December, along with Sergei Mikhailov, Head of Russian Security Intelligence (FSB) intelligence department (FSB).

Of course, the company reports that Stoyanov was arrested for activities he had prior to joining the company, and therefore the charges against that employee do not include Kaspersky Lab.

In this case, we see cooperation of the secret services of Russia with a leading security researcher. The subject of cooperation is and will remain unknown.

Really, what are the limits of the Internet and who sets them? What is a secure internet and by what criteria do we define it? Who is the protector and who is the offender? Are there visible visible signs that make the roles distinct? Is there freedom? Is there absolute privacy? In the above philosophical questions there are various opinions translated in a way that suits the one who utters them.

An example of convenient answers to what is freedom and secure Internet is the case of "Elder Pastitsiou."

The three-member Athens Court of First Instance sentenced the "Elder" or by the way Filippos Loizos to ten months suspended imprisonment, for continuing to insult religion. It should be reminded that the prosecution for insulting the uncles (by the then commander of DIE Sfakianakis Manolis) had been exercised after a question in the Parliament of the former pre-trial detainee for the establishment of a criminal organization, golden MP, Christos Pappas.

The case actually started in September 2012 when Pappas had submitted the question for the satirical page Elder Pastitsios. In his question he stated that: "the user insults, mocks and tries to humiliate the holy form of Greek Orthodoxy, Elder Paisios."

His arrest had provoked and continues to provoke very strong reactions on the Internet.

The announcement by the Human Rights Defenders in Greece underlined that:

"The decision shows that freedom of speech, a fundamental pillar of social coexistence in a democratic state governed by the rule of law, is being questioned not only by the constitutional enemies of democracy but also by its state-appointed patrons. "

(The Hellenic League for Human Rights is the oldest non-governmental organization for the protection of human rights in Greece.) The Union was originally founded by 1936, chaired by Alexander Svolos and dissolved by the dictatorship of 4 August 1953 was renamed.)

But there are worse:

Let's recall the case where the FBI captured the largest website child pornography in the world, Playpen, and started running it on government servers for 13 days trying to trap pedophiles with malicious software. With malicious software known to law enforcement and network investigational technique (NIT), they tried to penetrate TORs of users who had access to the site through Dark Web.

There is no doubt that any child abuse (let alone sexual) is one of the worst crimes, but the way the FBI handled the case is equally alarming. Imagine that the Federals allowed these sites to work with the victims, indicating the pretext of the investigation.

On a web we want to be bound by the law, and to be safe, the FBI itself is committing the same crime as the criminals behind the rails.

In this case we should ask ourselves whether the facilitation of sexual abuse of children deserves to capture 100 of some alleged pedophiles and, of course, glory to the "defenders" of justice.

When the now-famous Peter Steiner cartoon with the caption "On the Internet no one knows if you are a dog" was published in the New Yorker in 1993, it did not make such an impression. It was still the beginning of the Internet and many did not know what it was about.

Over time, it became a slogan, a play (Nobody Knows Ima Dog by Alan David Perkins), the subject of sociological research (Morahan-Martin and Schumacher, 2000) on the anonymous online presence of cowards, shy, phobic or even abnormal people, as well as about the phenomenon of "internet parenthesis" (posing as a person of another gender, age or status) by David Trend.

He was also mentioned in the book "The Road Ahead" by Bill Gates.

In one sentence he described the symbolism of this cartoon: John Gilmore: "means that the Cyberspace will be liberating because gender, race, age, appearance, even dogness are absent there" .

This, of course, is one aspect of anonymity on the Internet that acts freely, protects privacy, makes it possible to personally confess or channel valuable information that the media do not dare to publish. They are often the only source of news from countries with totalitarian and non-liberal regimes. It is a democratic revolution.

Anonymity, along with the ease of publishing (even a dog can set up a blog), has brought about the biggest change in publicity since the invention of typography. Every citizen, at a cost of a few euros a month, can become a "publisher of himself" and have access to thousands or even millions of readers. He can also participate in discussion groups (fora and chat), in meeting places or in places of parallel life (such as Second Life) without revealing his identity.

The other side of the same coin is the negative:
Anonymity facilitates irresponsible gossip, slander, online gossip, threats and insults. Not to mention cybercrime - which is also usually based on anonymity.

Although it is often inflated by the media (like everything new), it is today a reality:

From the hacker who breaks the Pentagon's secret codes as the robber who opens bank accounts or steals credit cards. Not to mention other offending behaviors reinforced by anonymity, such as the pedophile, the neo-Nazi of the terrorist but as we have seen above and by the Authorities themselves.

Why on the Internet no one knows if you are a dog. 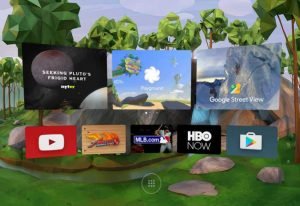 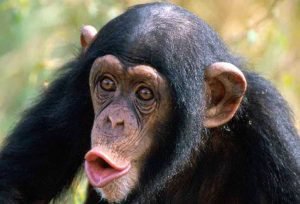