If you have read about autonomous cars, you may know that LiDAR (Light Detection and Ranging) sensors play a huge role in motor vehicles. The job of a LiDAR sensor is to "map" an area by measuring the distances of objects through reflected radiation.

Apple has added the sensor to the new iPhone 12 Pro and Pro Max in order to improve the photos. This is not the first time the company has used the LiDAR sensor in its products. In March 2020, the Cupertino-based company included the sensor in its new iPad. However, the primary purpose of the sensor in this device was to aid augmented reality.

In the new iPhone, Apple claims to help with three things: photo and video effects, precise placement of AR objects, and scanning objects and rooms.

The last two applications of the LiDAR function are largely for developers who want to develop apps for mapping a room, for example. For the average consumer, the feature can be used to add effects to photos and videos.

Because LiDAR can operate in the dark with a laser to calculate distances, Apple uses it to improve autofocus on the latest iPhones. The company claims that due to the sensor the iPhone 12 Pro phones will have 6 times faster autofocus in low light compared to a normal camera. In addition, the LiDAR sensor allows the device to take better photos in a vertical position even in low light conditions.

The idea of ​​using a depth sensor is not new. Many lower priced phones, such as the OnePlus Nord, use a depth-sensor camera to enhance portrait photos. But these sensors work better in daylight than in low light. Some devices such as the Huawei P30 Pro and Samsung Galaxy S20 Ultra have a time-of-flight (ToF) sensor. Uses infrared to map the environment.

Both ToF and LiDAR can scan an area in just a few meters, while some variants of LiDAR can measure distances of more than 100 meters. However, they are mainly used in cars. The advantage of having a LiDAR sensor is that it sends smaller pulses from one corner to the other to "scan" the area. On the other hand, the ToF sensor sends a single flash pulse to measure the area and this can cause more inaccuracies in the distances. 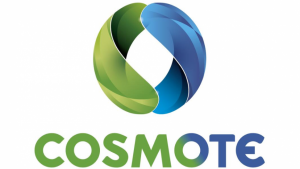