We live in the age of the internet and wireless, and most use a wireless router in their homes. And while the cables are slowly moving toward the timing of history, wireless connectivity comes with a plethora of innovations, techniques and names. Wi-Fi, a type of wireless communication, has become a common term in our vocabulary. It is available on almost every router, tv-box, and any machine that requires a connection greater than ten meters from the bluetooth.

So you can see that if you want a wireless connection more than 10 measures that can penetrate walls then Wi-Fi is a one-way street. But although the Wi-Fi name is now almost everywhere and everyday, its wireless networking standards are not easy to digest and understand. They have complex names that their intelligent inventors had a problem with naming.

Before we start the analysis, let's first make sure that you know the basic concepts you will come across:

It is what most old wireless networks work in Greece, since the machines in each house have a 5 of life on their backs. Those who have renewed their wireless equipment after 2015, and have paid for more, then maybe work on the next model (208.11ac).

The 802.11n standard emits the 2,4 GHz and 5 GHz radio frequencies and can provide data rates up to 600 Mbps (0,6 Gbps). Wi-Fi 802.11n was also the first wireless standard to offer support for MIMO (multiple-input and multiple-output). MIMO is a technology that allows the use of multiple antennas to transmit more data, combining independent data streams. In a nutshell, you have a multi-antenna machine, like a monster with horns, that can transmit multiple data streams at the same time.

802.11ac is the most common wireless standard today, as most of the routers sold in recent years are compatible with 802.11ac. This template, like the earlier 802.11n, supports it MU-MIMO (Multi-User MIMO), and can offer maximum data transfer speeds up to 2,3 Gbps. 802.11ac only works in the 5 GHz frequency band, but most wireless routers that support it also offer support for the 802.11n standard in the 2,4 GHz frequency band.

The properties of a wireless network that uses 802.11ac

The 802.11ax or else IEEE802.11ax is a wireless networking standard that is at the final development level and has not yet been approved. It is expected to be finalized and approved at some point at the end of 2019, according to ZDNet's opinion: Next generation 802.11ax wi-fi: Dense, fast, and belated

802.11ax is also called Wi-Fi 6. It is also known as High-Efficiency Wireless and is designed to operate on the same frequency bands 2,4 GHz and 5 GHz. It seems that it will also be able to work with additional bands between 1 and 7 GHz when available from international law.

The 802.11ax wireless networking model aims to improve average data transfer speeds up to 4 times more than the 802.11ac standard. It will provide significantly improved wireless speeds, especially in busy places like airports, restaurants, cafes and so on.

802.11ad is a Wi-Fi format that uses instead of using traditional wireless frequency bands such as 2,4 GHz or 5 GHz, a microwave spectrum of the spectrum, about 60 GHz.

Allows incredibly fast data transfer speeds up to 7 Gbps. However, because it operates at a microwave frequency range, it has the significant disadvantage that it can not pass through the walls and has a range only from 1 to 10 meters. It is very fast but it is designed to cover only your living room when there are no walls or obstacles.

In short, it has the reach of a bluetooth but capable of simultaneously transmitting multiple data streams and with the fastest speed available on a wireless network.

To get a better understanding of the scope of each wireless standard, see the picture below that depicts a typical home:

On October 3 2018, the Wi-Fi Alliance announced that it added a new name to the basic wireless networking standards, to make it easier for people to recognize them. Reasonably, since 802.11ax, 802.11ad, 802.11ac, 802.11n and all other similar names are not easy to remember, and most people have no idea what they mean and worse the letters in names do not follow the chronological order of technology evolution.

Their way of thinking is that the word Wi-Fi is followed by a number is easy to remember and the rule is that the larger the number, the newer and the better the standard.

If you read the previous sections of this article, you already know what Wi-Fi 6, 5, and 4 mean. However, to summarize, see below:

Wi-Fi 1, Wi-Fi 2, and Wi-Fi 3 are not shortcuts to a name. Probably because the Wi-Fi Alliance thinks the older Wi-Fi standards are not in use today, so it's worth it. However, for the sake of completeness, we believe that this should be the correct naming:

To help you better understand what each of the basic Wi-Fi networking standards offers, we've listed this table:

Do wireless routers use one or more Wi-Fi standards?

Yes, they use multiple standards! Most of them! Manufacturers build wireless routers that can operate simultaneously in one, two or three bands while supporting different 802.11 wireless standards in each band.

Although single-band wireless routers are cheaper, people prefer to buy and use dual- or triple-band routers because they offer more speed and compatibility with various devices they own, which can operate on both newer and older standards.

In addition, you can also turn on all the bands and all the wireless templates available on your router, mixing everything to get the best results for your network. 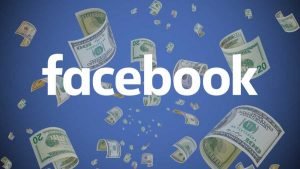 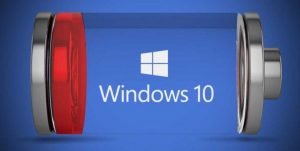