Lenovo foldable PC: Although it is not yet clear if the trend for foldable phones is the next big step in technology, Lenovo seems to be daring. As mentioned above, the folding movement has not yet proved completely credible, and we do not know whether the public will accept it or not.

Lenovo has just announced the world's first foldable PC: a ThinkPad prototype with the folding technology we've already seen in mobile devices on a much larger scale.

According to Lenovo, this technology has been developed by the company for more than three years and it hopes to release a complete device in 2020 under the brand name of ThinkPad X1.

Its objective company is a high quality product that can move in two categories: as a laptop and as a tablet.

The result, as you can see in the image above published by TheVerge, is a 2-inch, 13,3: 4 OLED screen, which can be folded up to about the size of the device's hard drive.

The reverse logic of Lenovo

It is worth mentioning that companies like Samsung and Huawei are trying to get a device the size of a regular phone and make it bigger.

The idea behind the foldable ThinkPad is just the opposite. The company is trying to make a full-size computer smaller. 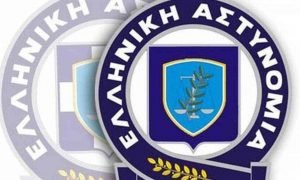