The German air taxi startup Lilium he said the first test of a five-seater aircraft. It was the latest in a series of successful tests for the emerging electric flight company, which aims to make "flying cars" available in cities over the next decade.

In a video released by the company from Munich, the Lilium aircraft appears to be able to take off vertically like a helicopter, hover and then fly.

It may not seem like a big deal, but it is a big step for the company, which hopes to create a fully operational taxi service that will fly to many cities by 2025.

Compared to the other electric aircraft we have seen so far, the Lilium Jet stands out: The wings are equipped with a total of 36 electric jet engines that tilt upwards for vertical take-off and then move forward for horizontal flight. There is no tail, rudder, propellers or gearbox.

Unlike some competing companies, Lilium plans to have a pilot on board. This will make it easier for the company to obtain the certification needed by the European Aviation Safety Agency. Lilium will also seek certification from the US Federal Aviation Administration. 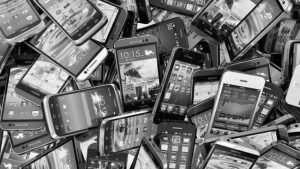