If you're concerned that someone is trying to guess your computer's password, you can set Windows to temporarily block login attempts after a certain number of failed attempts.

Assuming you have not set them up Windows as long as the user input, the system operation allows you an unlimited number of password attempts for local user accounts. Of course, this feature is convenient when you do not remember your password, but it also offers an unlimited number of tampering attempts to other people who do not have physical access to your computer.

Although there are ways to bypass or reset a password, setting Windows to temporarily suspend login attempts after several failed code entries can at least help prevent occasional burglary attempts if you are using a local user account. See below how to make these settings.

Useful Notes: By modifying this setting, you are given the right to hurt you by locking your computer for a while, just by accidentally entering the wrong passwords. You should also have another administrator account that can unlock the regular account.

For users of the Windows Home Edition, the only way to set the input attempt limit is through the command line. For Pro and Enterprise versions of Windows, you can use either the command line or a much easier process through local group policy processing.

In addition, note that if you start the following procedures you should complete them, otherwise you may lock yourself out.

3. This command displays your current password policy, which by default should be "Lock Restrict: Never", which means that your account will not be locked, no matter how many times you enter a password incorrectly. Let's start by defining the limit of failed attempts. You can set any number you want, but we recommend that you set it to at least three attempts. Enter the following command, replacing the number at the end with the number of failed password attempts you want:
net accounts / lockoutthreshold: 3
4. Now let us define the length of a lock. This number determines for how long in minutes an account will be locked once the limit of failed password attempts is reached. We recommend 30 minutes, but you can set what you like. We recall that the number represents minutes of the hour.
net accounts / lockoutduration: 30
5. Finally, we will set the duration of the viewing window. This number determines how many minutes the failed attempt counter will need to zero, with the logic of course not having reached the maximum number of failed attempts. That is, for our example where we have a limit of 3 failed attempts if one does two failed attempts and then stops, the meter will start to count three more attempts after the X minutes that you set it now. Set up the viewing window using the following command, replacing the number at the end with the number of minutes you want to use. Again, we think 30 minutes are a good time.
net accounts / lockoutwindow: 30
6. When you're finished, you can use the net accounts again to verify the settings you've made.
7. Close the command-line window and you're ready. When you are now on a lock screen asking for a password, do not expect to see any indication of the number of attempts at your disposal, and if you are locked, you will not have any notice of how long the computer will remain locked.

If you ever want to change the settings, just repeat the steps with the new options you want. If you want to completely disable all of the above, all you have to do is open a command line with administrator privileges and set the limit of failed account attempts in 0 by using the following command:
net accounts / lockoutthreshold: 0
You do not have to worry about the other two settings. When you set the lockout limit to 0, the lockout duration and the lockout window setting will become inappropriate.

1. Open the Local Group Policy Editor. If you do not know how, press Win + R at the same time and in the "Run" window that appears type "gpedit.msc", and then click OK. Alternatively, if you want to apply the policy to specific users or groups, open the MSC file of specific users (if you have created one).
2. In the Local Group Policy Editor, go to the left pane and navigate to Computer Settings> Windows Settings> Security Settings> Account Policies> Account Lock Policy.
3. From there go to the left window and double click on "Account Lock Limit".

4. In the default setting properties window, "invalid connection attempts" is set to 0, which means that the setting is disabled. To change this, simply select a new number greater than one. We recommend that you set it to at least three to ensure that you are not locked out of your system if you accidentally enter the wrong password. Click "OK" when done.
5. Windows will now automatically adjust the two related settings in thirty minutes. "Lock Account for" controls how long the computer will be locked if the threshold of failed attempts is exceeded. "Reset Account Lock Counter After" checks how long it takes after the last failed password attempt before the limit counter resets. For example, suppose you entered an invalid password and then entered another incorrect password immediately, but did not proceed to a third test. Thirty minutes after the second attempt (at least, if you leave the settings entered by Windows), the counter will reset and you will have three more attempts. You can not change these values ​​here, so just click "OK" to proceed.

5. Back in the Local Group Policy Editing main window, you will see that all three settings in the Account Lock Policy folder have been changed to reflect the new configuration. You can change any of the settings by double-clicking on them to open their properties window, but thirty minutes is a fairly stable setting for both lockout duration and resetting the lockout counter.
6. When you have finished setting up, shut down the processor. Settings are made immediately, but as they affect the connection, you will need to log out for the policy to take effect. And if you want to activate the whole setting change the "invalid connection attempts" to 0. 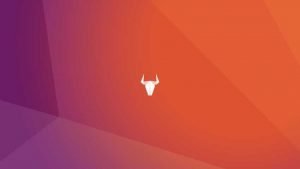