The Earth is much more alive than we thought, and there is a rich ecosystem of microorganisms under our feet, which is almost twice the size found in all the world's oceans.

Despite the intense heat, light, microscopic diet, and intense pressure, scientists estimate that this subterranean biosphere is full of 15 to 25 billion tons of microorganisms, a hundred times the total weight of all humans on the planet.

Researchers at They say Deep Carbon Observatory that the species of the underworld is compared to the Amazon or the Galapagos Islands, but unlike these places, the environment is still largely virgin because humans have not yet discovered most of the underground life.

"It's like finding a new reservoir of life on Earth," said Karen Lloyd, an associate professor at the University of Tennessee in Knoxville. "We discover new ways of life all the time. "Most of life is on Earth, not on it."

The team brings together 1.200 scientists from 52 countries, from science to geology and microbiology to chemistry and physics. This scientific team will present a summary of its findings to date (it takes another year to complete its ten-year study), before the annual meeting of the American Geophysical Association that opens this week.

The samples were taken from drillings with a depth of more than 5 km as well as from underwater drilling, and helped to build models of the underground ecosystem and to estimate the volume of microorganisms it could contain.

The results suggest that 70% of the Earth's bacteria, and even the most ancient, exist in the subterranean level, including the thorny Altiarchaeales living in sulfur sources and his Geogemma barossii, a single-celled organism found in the 121 ° C hydrothermal jets at the bottom of the sea.

An organism found 2,5 kilometers below the Earth's surface has been buried for millions of years and is not based on energy from the sun. Instead, methanogen has found a way to create methane in this low-energy environment, which it does not use to reproduce or clone, but to replace or repair broken parts.

Lloyd said: "The strangest thing about me is that some organisms can exist for millennia. They are metabolically active but at a standstill, with less energy than we thought could support life.

Rick Colwell, a microbial ecologist at Oregon State University, says the timing of underground life is completely different from ours. Some microorganisms are alive for thousands of years, they move little, except for shifts in tectonic plates, earthquakes or explosions. In particular, he said: "We humans live and move in relatively fast processes, diurnal cycles based on the sun or lunar cycles based on the moon, but these organisms are part of slow, persistent cycles in geological timelines."

The biospheres of the underworld differ depending on geology and geography. Their average size is estimated to exceed 2 billion cubic kilometers, but this could be further expanded in the future.

The researchers said their discoveries were made possible by two technological advances: drills that can penetrate much deeper under the Earth's crust and improvements in microscopes that allow life to be detected at ever-smaller levels.

Scientists are trying to find the upper temperature limit beyond which life can not exist, but the deeper they dig the more this limit increases. There is a maximum temperature of 122 ° C, but researchers believe that this record will be broken if they continue to explore and develop more sophisticated instruments.

There are still mysteries, such as whether life colonizes from the depths or the surface, how microorganisms interact with chemical processes, and how they relate to how life and Earth evolved.

Scientists say that some findings enter the realm of philosophy and extrabiology, perhaps even the study of extraterrestrial life. 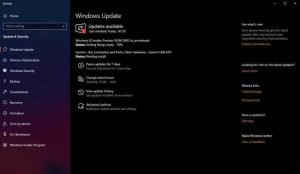 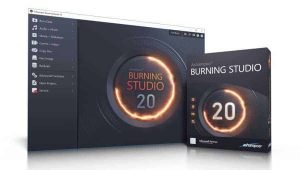