The two companies Microsoft and Oracle decided to connect their cloud services, creating a colossus, worthy of the respective clouds of Amazon and Google.

The companies Microsoft products and Oracle announced on June 5, 2019 the union of cloud services, providing their customers with the ability to migrate from one service to another, as they will have the same pricing policy, thus improving performance as they will be able to perform part of their workload in Azure and another portion of the same workload in Oracle Cloud.

With the approach of Microsoft Azure and Oracle Cloud, Microsoft and Oracle can look at their competitors differently, such as Amazon and Google, which invest significant capital in their efforts to attract large companies.

Based on a high-speed connection between the data centers managed by Microsoft and Oracle, the collaboration between the two begins in the eastern United States, but is expected to expand in the coming months to other regions.

According to Microsoft, one of the priorities is to offer its customers an easy way to connect to services from any company, without using anything more than a single set of credentials, regardless of the cloud provider with which they signed up.

Oracle applications can already use Azure Active Directory as an identity provider and for access (conditionally), however this feature is only available as an early preview so far.

In addition to the partnership between the two companies, Oracle Database maintains Azure certification to run on various Microsoft cloud operating systems, including Windows Server and Oracle Linux.

View in this Link the full press release with additional details about the partnership. 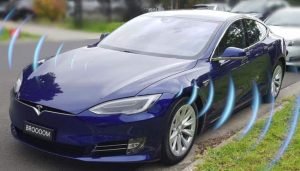