A recent leak of Windows XP revealed that Microsoft had a secret Windows XP issue that made the operating system look like a Mac. 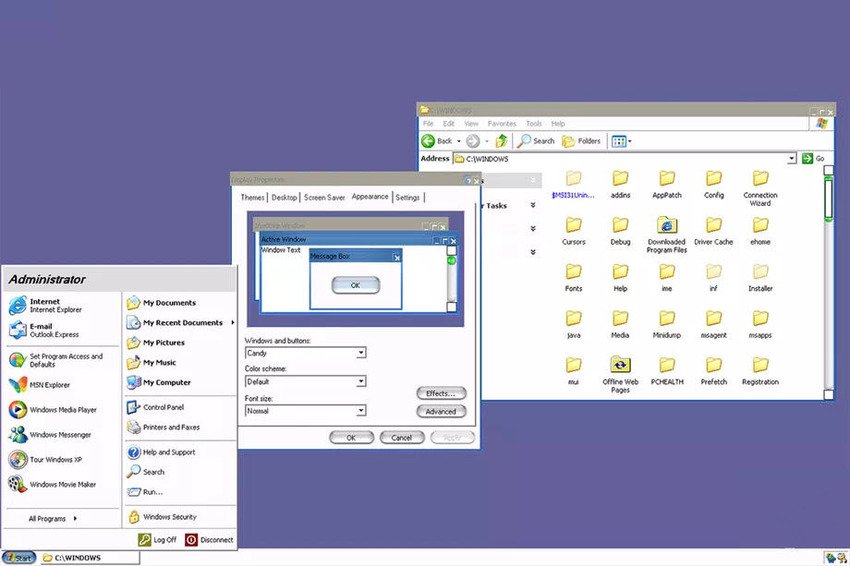 Η Windows XP source code leak revealed Microsoft 's early work on the operating system and some non - current issues made by the company during the first XP development in 2000.

One is called "Candy" and includes a design that is very similar to Apple's Aqua interface, first introduced at the Macworld Conference & Expo in 2000. Although the theme is not complete, the Windows XP Start Button and various buttons and UI elements are clearly thematically compatible with Apple's Aqua.

Microsoft never released Aqua for Windows XP, and we understand that it was used in the original source code for the operating system. Windows developers seem to have used the theme as the basis to build the theme engine for Windows XP. The theme itself is described as "Whistler skin with eye candy" and is labeled "for indoor use only". Whistler was the code name for Windows XP.

Microsoft has released the final version of Windows XP in a blue and green theme, which they named Fisher Price-esque. The theme engine in Windows XP was a major update to the operating system, as it allowed third-party themes and great customization.

Microsoft developed Windows XP at a time when there was fierce competition from Apple for desktop operating systems. In the 2000s, Apple mocked Microsoft at its annual developer conference by raising a banner reading "Redmond, start your photocopiers." Apple also ran the "Get a Mac" ad campaign focusing on the flaws of Windows, especially Windows Vista.

During the 90s and '00s, Windows was heavily influenced by the classic Mac OS, which later became OS X. Apple has also borrowed some features Windows, in particular on windows, navigation, control panels, and browsing files and folders.

The leak of Windows XP is essentially a rare image from the early development of an operating system, used by millions of users.