One week ago, Microsoft announced it was working with various security and telecommunications companies to launch the Trickbot botnet following a US court ruling.

The company said that this botnet is quite advanced and that it uses a malware model as a service to infect IoT systems and devices with ransomware.

The identities of Trickbot executives are currently unknown, and Microsoft has said it has been used for individual criminal operations as well as government targets, making it even more dangerous for the US presidential election.

Today, the company provided more details for what he has done so far for the Trickbot network but also what he intends to do next.

Microsoft says it has halted 18% of Trickbot critical business infrastructure in just a few days since Oct. 94. Of the 69 major Trickbot servers detected, 62 have crashed and botnet administrators are trying to add new infrastructure. Microsoft said it had managed to add 59 new servers but the company immediately shut them down, bringing the number of servers down to 120 from 128.

The company from Redmond states that this is an active operation and is a laborious process with managers from the opposing side who do not stop insisting. So these elements will change regularly in the next period. However, the company states that:

First of all, after securing the court decision that allowed her to deactivate the basic infrastructure of Trickbot, she will continue to do so until election day on November 3. Collaborates with global companies and hosting providers to uncover new command and control servers as well as compromised IoT devices.

Microsoft then noticed that people using Trickbot were trying to build new infrastructure and work with other criminals. The move is not as dangerous as the inherent capabilities of Trickbot, but it is still something that will draw particular attention to.

Finally, Microsoft says its team is well-trained and highly trained in Trickbot infrastructure and can detect malicious activity. The team speaks directly to local ISPs, telecommunications companies and global partners who monitor and share information about Trickbot 24/7 activities. 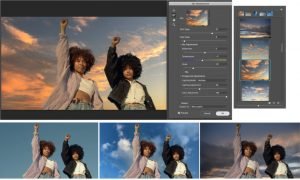