Microsoft Excel: Microsoft has introduced the "Insert Data from Picture" feature, which allows mobile device users to take photos that contain data and automatically convert the image to Excel data.

Microsoft announced this feature at the Ignite conference last September.

The feature comes first for the devices that are running with Android. Android Excel will automatically convert your data images into fully editable Excel data tables.

Microsoft developers say the magic is happening through a new image recognition feature, and reported last week that support for iOS devices for this feature will come "soon."

Microsoft announced last year that it would add new types of data to Excel, starting with geographic and stock data.

The new type of geographic data will support countries, postal codes and cities. Stock data will include ticker symbols, capital names, company names, and will be able to derive up-to-date prices from the web.

Microsoft's strategy is to add more clever data types to Excel over time.

Microsoft Knowledge Graph already lists the types of data for Bing and Excel. 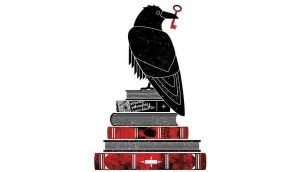