Η Microsoft has just announced a new program to promote its skills targeting Apple's users. The company is asking them to swap the MacBook Air for 650 dollars credit balance if they agree to buy a Surface Pro 3. 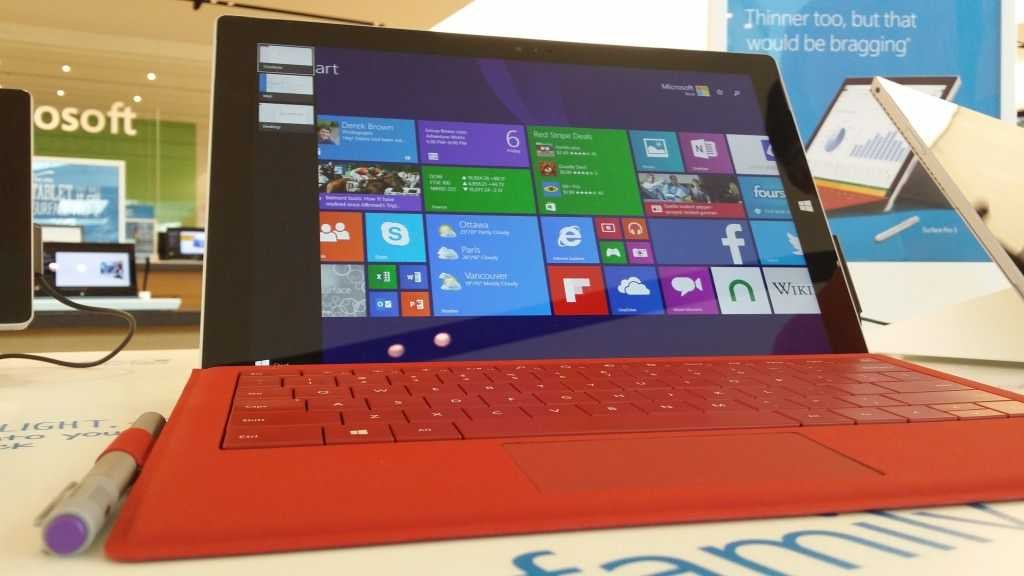 Redmond's move to lure Apple users is not surprising, as similar offers have already begun for iPhone and iPad device owners.

Panos Panay's Surface Manager at Surface Pro 3 compared it with the MacBook Air in New York on 20 May, referring to the new tablet as the replacement laptop for the world.

So this time Micrsoft offers up to 650 dollars (around 480 euros) to owners of MacBook Air devices who want to change them with a Surface Pro 3. Of course, the MacBook Air's commercial value will be reduced depending on the Model Surface Pro 3 model that you decide to buy. You say to catch?

Surface Pro 3 comes with an 12 inch screen and has many models with CPU differences, starting with an Intel Core i3 and ending with an i7. There are two RAM options on the 4 GB and 8 GB, and they carry up to 512 GB disk depending on the version that will be selected.

Today's Microsoft offer is only available at company stores located in the United States and Canada. To see if he will be able to entice Apple fanatics. It looks a bit pale…